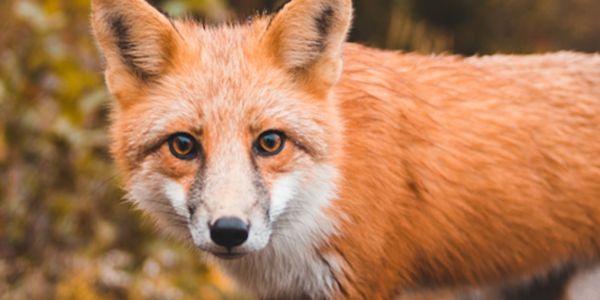 Wildlife Services doesn't just kill millions of animals, it uses cruel methods to do so: body-crushing traps, poison and aerial gunning. We can't and won't let this war on animals continue.

The feds need to get out of the wildlife-slaughter business. We can't tolerate the purposeful, mass killing of wildlife.

For years the Center for Biological Diversity has been battling Wildlife Services. We've already shut Wildlife Services out of Shasta County, Calif., where 35,000 animals per year were being ruthlessly slaughtered. We helped secure a ban on the targeting of beavers, minks, muskrats and otters by Wildlife Services in Oregon, saving hundreds of animals a year. We stopped Wildlife Services from using deadly cyanide poison traps in several states, including Idaho.

But there's still a long way to go, and we need your help.

Our government needs to end this appalling extermination regime. Sign our petition today.
read petition letter ▾
I oppose USDA's Wildlife Services indiscriminate and cruel killing of wildlife. Millions of animals die each year at the hands of this rogue agency.

Wolves, black bears, bobcats, lions, foxes, beavers and coyotes are all caught in Wildlife Services' crosshairs each year. Taxpayers want to see their money used to protect wildlife, not spent on gunning down animals from helicopters or setting inhumane poison traps.

The government should never be in the business of killing wildlife.
Sign Petition
SHAREShare this petition with friends!TWEETEMAILEMBED
Sign Petition
See more petitions:
You have JavaScript disabled. Without it, our site might not function properly.