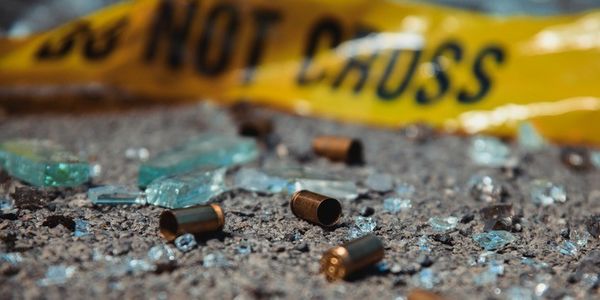 Over 100 People Were Shot in Chicago This Weekend and the City Still Refuses to Fund Programs That Would Help Prevent Violence.

Father's Day weekend in Chicago was tragically violent. Over 100 people were shot, including a 3-year-old child. Violence in Chicago is a big problem, and we know that continuing to overfund the police isn't helping. In fact, it's actively harming. All CPD does is use their massive budget to harass and incarcerate people in under resourced (mostly Black and brown) neighborhoods for petty, non-violent crimes. They are notoriously bad at solving actual violent crimes -- they only clear (or "solve") 53% of these crimes and they don't prevent any. There is always an extremely high police presence in the neighborhoods that experience the most violence and that doesn't deter it one bit. If the city actually wanted to make Chicago a safer place, they would defund the police and give that money to the dozens of on the ground organizations that actually have a shot at preventing violence in the first place.

Grassroots organizations on the ground in the communities most affected by this violence are telling us what would help strengthen communities and decrease violence, and it's time we listened. They are asking the city to defund Chicago Police Department and invest that money in social programs as well as enact a council that would actually hold CPD accountable for misconduct. Go here to support their full list of demands. You can read Black Lives Matters Chicago chapter's comments on the intracommunal violence here.

Sign this petition if you want to support defunding CPD and reinvesting those funds into social programs as well as enacting a truly democratically elected council to oversee CPD.

CPD sucks up 40% of Chicago's city budget. In fact, it costs over $4 million PER DAY to keep CPD running. Like many cities, Chicago's police budget has continued to rise while their budgets for things like housing, schools, food assistance, etc. keep getting cut. For example, in the last few years, dozens of schools and mental health services were shut down on the west side of Chicago, which is made up of mostly Black and brown neighborhoods. Now they are planning to spend $95 million on a fancy new police training academy in the exact same area where the city apparently "couldn't afford" to fund schools and mental health services. The group No Cop Academy has been working tirelessly on ending this plan. We support their efforts completely. And that's just one striking example.

Another example is that Chicago spend $33 million dollars to have armed police in schools in the Chicago Public School system and yet they don't have enough nurses, social workers, teachers, psychologists and more to properly run the schools. That $33 million should be invested directly into the most under resourced schools, not paying cops to be there and strengthen the school to prison pipeline. The group GoodKids MadCity is run by 18-24 year-old Black and Brown kids working to prevent violence in Chicago. They explicitly call for fewer cops and more resources. These are the people we should be listening to.

The fact that increased police presence does not also increase safety and peace means that Chicago desperately needs actual civilian police oversight. Right now, CPD only has to answer to COPA (Civilian Office of Police Accountability). But COPA is totally toothless and ineffective because it's run by someone who is appointed by the mayor, who loves cops. In fact, the police union, the Fraternal Order of Police, has a ton of political sway over the mayor, making the current oversight completely useless -- not to mention it is a documented racist organization. Dozens of grassroots organizations and so far 19 alderpeople have come together to support CPAC (Civilian Police Accountability Council) instead, which would be a democratically elected council that would be in charge of overseeing CPD. Go here, to the Chicago Alliance Against Racist Political Repression, to learn more and support them and the dozens or organizations that want CPAC now. They just need 7 more alderpeople to support CPAC to get it to pass in the city council. CPAC would be able to decide on the police budget and their policies, while only answering to the communities they serve, not an all-powerful police union.

If you care about the rampant violence in Chicago, please support on the ground organizers in their calls for CPAC now and defunding the bloated CPD budget so that the actual community has funds to prevent violence.

Care2
Over 100 People Were Shot in Chicago This Weekend and the City Still Refuses to Fund Programs That Would Help Prevent Violence.
SHARETWEET