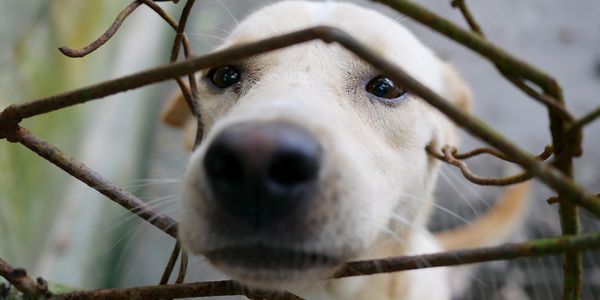 According to the American Veterinary Medical Association, Wyoming is the state with the highest pet population. Their study claims that 72% of households in the state have a furry, feathered or fishy friend. So it's shocking that, even though it's clear that Wyomingites love their pets, they have some of the worst animal protection laws in the entire country.

The Animal Legal Defense Fund ranks them as 48th out of the 50 states. That's unacceptable.

Many states have made efforts to pass regulations that would enshrine stronger animal welfare in their legal system. But even this year, after a horse abuse case got statewide coverage, Wyoming officials rejected an amendment to their current animal cruelty bill that would have increased punishments and penalties. This will surely earn the state another "worst" title again this year.

Activists point out that Wyoming has some of the least punitive laws in the country for animal abuse and neglect, with no felony laws for neglect or abandonment. The state also lacks specific statutes against bestiality and doesn't force animal abusers to relinquish their pets after they have been convicted of animal cruelty.

If Wyoming officials could make these changes they could not only make a big difference for the state's four-legged citizens but they would show the rest of the country that they take animal abuse seriously.

This year's animal cruelty bill, introduced by Teton County Rep. Mike Gierau, failed to garner the 40 votes needed to reach the floor. But next year, the bill can be introduced again, and this time it could stand a better chance.

With your help, we can send a message and convince Wyoming Representatives to create a legal regime that puts it in at the top of the list for states with the best animal protection laws.

Please sign this petition and tell Rep. Mike Gierau and the rest of the House to amend the animal cruelty bill, increasing punishments for animal cruelty and adding real felony penalties for animal abuse and neglect. Sign the petition and ask the Cowboy State to protect the animals loved by so many of its citizens.
Sign Petition
SHAREShare With FriendsTWEETEMAILEMBED
Sign Petition
See more petitions:
You have JavaScript disabled. Without it, our site might not function properly.