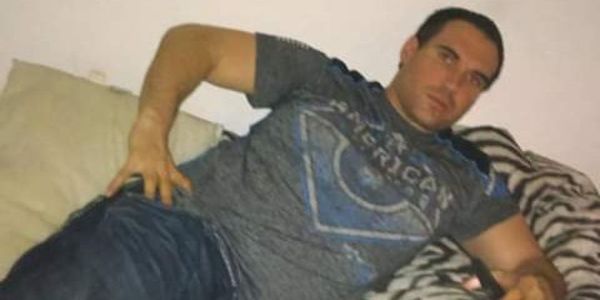 Demand that I get Jail door number Q4 after it is removed from the jail side, and relocated to the star station side of the building!!! In January of 2022

Hello my name is Jarron Sanders, and today is  April 28, 2020. I was there with my grandfather in 1991 the day he paid Pottawatomie County jail In Shawnee, Oklahoma $7,145 that is LIFE in calculus Dollar Bond, term bond, or a fixed income Muni bond that I'm the owner of in book entry only form , and I'm supposed to be Getting  a All Sport Refrigerator with all the attached accessories that makes 1 Gold coin/ and the receipt for this  All Sport refrigerator was internally welded shut inside jail door Q4 in Qpod inside a flat OU Nike football along with some other enterprise funds that I was approved for on my birthday in February of 1992. In 2015 when I was in that room I could tell by the sound of it by nocking on the door that the plastic waffle ball, and hockey puck was still inside that flat OU Nike football internally inside the jail door Q4 with my $2,979,325 OU, Bank of Oklahoma check inside, and 24 other OU players checks rolled up in a rubber band placed inside a plastic County jail shampoo bottle inside the flat deflaited football. In there is a Dallas Cowboys Credit Card for 3 million, and a $71,450,000.00 Carmel Corn cracker Jack's check that says on the memo Jarron Sanders is the Treasurer of this check with 71 recieptents 401k +. They did not print Carmel Corn cracker Jack's account or routing number on that check though it was a different account number that I am supposed to be the Treasurer of some day, because I have in the past repeating some history of my A.K.A name Joseph Wabnonene that is supposedly on the Royal Cupp 500 notes, and the £29 200 Gold coin. Also there are 3 rainbow colored checks inside that flat OU Nike football sealed tight welded shut inside jail door Q4 with a picture of those Gold coins on the checks with my name on those checks!! There is also a receipt for a hockey puck coin making mechanism with my name on the receipt that's welded shut inside the jail door inside of that flat OU Football!!

This $7,145 dollar 30 year bond is gonna make me very wealthy some day, and I do believe that those checks, and 12 Charge Cards of mine are sealed shut internally inside jail door Q1 that supposed to be Jeremiah's Door they've been there for 28 years now. So just call it a Fixed Penalty  Muni Bond, because I had to get locked up in Q4 for 2 days, before I figured all this out, and then I had 16 months to think about while  I was just stuck up in there doing Royal Cupp Art work.  There is envelopes with charge cards, checks, micro chips, and receipts that is supposed to be sealed shut inside those steel jail doors of Q pod at Pottawatomie County Jail. I know that because my grandfather was paid 90+ thousand dollars to build, fabricate, and paint those jail doors in '91. When are they gonna get those jail doors bulted down to the ground over there by all the Royal Cupp, and square box chest board art work. Then there are those who had paid them $714, $71, $7 for something else up in those other jail doors.  I've tried calling over there and telling them about this but they act like they don't know anything about what im talking about or don't know who I should talk to about this. Basically someone needs to call me, and tell me who the issuer is of this Muni bond that was with to help pay for building costs on the Pottawatomie County Jail Building to be built that I was approved for in February of 1992, after we paid Potawatomie County Jail building that $7,145.00 it was a Sanders Construction check that paid for the bond!  I also had to earn a $197,000 check from Sanders Construction that is also in Q1 I think along with a bunch of other checks with my name on them, and a whole bunch of other people have checks, charge cards, and memory card micro chips, and reciepts inside Q1 also,  so someone who has more information about this please give me a call.

Care2
Demand that I get Jail door number Q4 after it is removed from the jail side, and relocated to the star station side of the building!!! In January of 2022
SHARETWEET