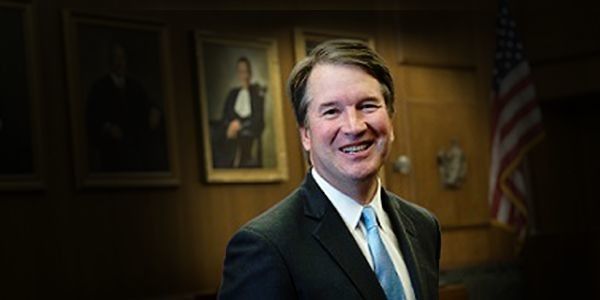 The FBI just admitted a horrible — but unsurprising — fact.

Back in 2018, when Brett Kavanaugh was being considered as a possible pick for the Supreme Court of the United States of America (SCOTUS), it was tasked with investigating Kavanaugh after multiple women came forward accusing him of attempted rape and of sexual assault. When their investigation was over, the FBI provided members of Congress with confidential summaries of the information it collected. And then, with survivors all around the country and the world watching, the Senate voted to elevate Kavanaugh to become a Supreme Court justice.

But now the FBI is confessing that it did not truly investigate Brett Kavanaugh, an accused sexual predator, at all. Yet this man is still sitting on our Supreme Court.

Sign the petition to demand that the U.S. House of Representatives impeach Brett Kavanaugh from the Supreme Court! There is no room for alleged sexual criminals in the highest court of the land.

Apparently, more than 4,500 tips flooded into an FBI phone line, laden with information about Kavanaugh and his apparent sexual history.

What did it do with this cornucopia of information? Mostly ignore them. Except for a few. The agency cherry-picked certain "relevant" tips and forwarded them... directly to Donald Trump's White House.

In attempting to defend itself, officials with the agency have stated that they perceived the FBI was "not authorized to" follow up on tips. As Democratic Senators have stated, in that case "it is difficult to understand the point of having a tip [phone] line at all."

As attorneys for Dr. Christine Blasey Ford, PhD — one of Kavanaugh's alleged victims — said: the FBI's so-called "investigation" constitutes a "sham and a major institutional failure."

Luckily, the Constitution was prepared for a moment like this. In Article II, Section 4, the Constitution states that all civil officers — which includes Supreme Court Justices — can be impeached and even convicted on the basis of "Treason, Bribery, or other high Crimes and Misdemeanors." So it's time for Congress to act.

Sign the petition to demand that the U.S. House of Representatives clean up the Supreme Court by investigating and impeaching Brett Kavanaugh, so they can restore trust in our nation's highest court!
Sign Petition
SHAREShare this petition with friends!TWEETEMAILEMBED
Sign Petition
See more petitions:
You have JavaScript disabled. Without it, our site might not function properly.