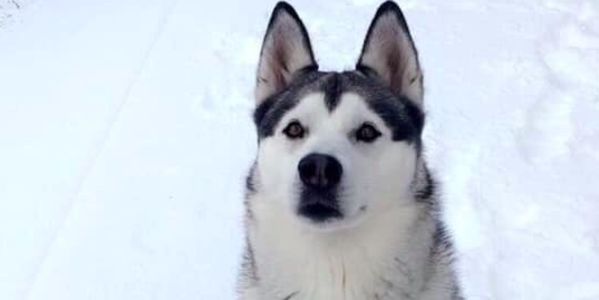 This Boarding Kennel Returned Kirsten's Dog To Her Dead And Wrapped In A Ball Of Tape.

When Kirsten Kinch dropped her dog off at P&E Boarding Kennels in Kimmage, Dublin, before a 3 day trip, she had no idea that would be the last time she saw her dog alive.

Upon her return, she wasn't greeted by a gray and white fluffy ball of energy, but instead a ball of dog. P&E Boarding Kennels informed her that Nova had died that very morning and then led her to what looked like a package ready for shipping. Unfortunately, that wasn't the case.

The kennel had balled up Nova into a plastic garbage bag and then taped it up into a ball.

Kinch was shocked. First, the kennel had told her her dog was dead, then they callously taped her up into a ball and returned it to her as if they were returning an unwanted gift.

As soon as she could compose herself, she took Nova's body to a vet for examination. They discovered that the dog had died of internal bleeding, but Kirsten still doesn't know why.

She has repeatedly tried to find out what happened to Nova in those three days but they have refused to answer.

This is unacceptable. One would think that people who own and work at boarding kennels would take the health of their charges and very seriously. But it seems like P&E did just the opposite. Three days in their care turned into a death sentence and they have yet to give any reason why.

Care2
This Boarding Kennel Returned Kirsten's Dog To Her Dead And Wrapped In A Ball Of Tape.
SHARETWEET