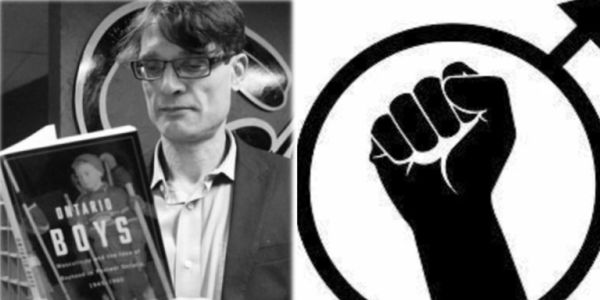 Petition the Canadian and Ontario government to end discrimination of men and boys in government funded programs and in family court!

Did you know in Ontario and across Canada, men's rights as fathers are being circumvented because of a double standard in the Canadian family law?

Men have absolutely no rights as it is and especially as parents when it comes to raising their children after a separation or divorce.

Feminists have fought for equality over the years and have changed the laws in their favour but are unwilling to give the equality of parenthood to men as well.

Too long have men had to fight for their right just to see their children as women use and abuse the system with false accusations to police and family services to keep father's away from their children for the monetary gain sole custody provides even when women are capable of finding gainful employment to help provide for their children.

If it takes "TWO" to make a child, it should take TWO to raise that same child especially when the father has been a providing and nurturing his family.

Stop allowing good men to being victimize by their ex and the family law system and stand up for men's equality as a capable loving parent. Help get these Family Laws changed.

A common trend and norm that seems to be thriving is that only women and girls are victims, while men and boys are not. The office of the Honourable Kellie Leitch acknowledged that women can be just as culpable to violence as men. The fact that eight men to two women commit suicide in Canada each day is another ignored issue facing men and boys.

The Canadian Charter of Rights and Freedoms forbids gender discrimination.

Why are men and boys not treated equally to women and girls, where gender equality is the expected norm?

Sign this petition if you support men's equal rights as parents in Ontario and across Canada. Let's pressure family courts to work in favour of fathers everywhere!

In addition, WE, the members, and supporters of the Men's Rights Movement, call on the Canadian federal government to end gender discrimination against men and boys through unequal funding of government programs and provide equivalently funded programs for men and boys that currently exist for women and girls.

Care2
Petition the Canadian and Ontario government to end discrimination of men and boys in government funded programs and in family court!
SHARETWEET