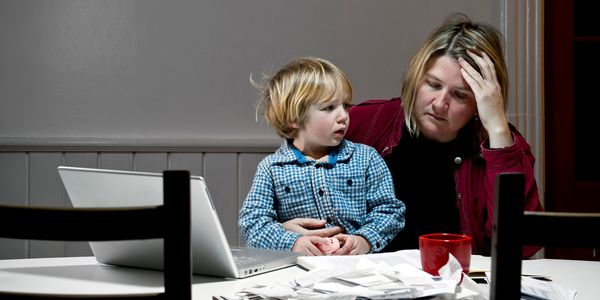 The third wave of the pandemic has hit the U.S. and millions of people still can't pay rent or buy food

It's been a full week since Election Day 2020 in the United States, and a record amount of voters showed up to uphold democracy! In fact, it looks as though voter turnout will end up surpassing a record set 112 years ago. That's right -- this year's voters showed up en masse to vote for leaders who will give us an actual shot at fighting for human rights, environmental protections, endangered animals, and a whole host of other progressive issues.

But as election season passes, a new economic stimulus bill has not. Even though the infection rate of COVID-19 in the United States is the highest it has been since the first case was detected in the nation, the people have not seen a comprehensive relief bill since March.

Was a one-time payment of $1,200 per adult, slightly more for families with children, supposed to last for 8 months? Are small businesses supposed to survive on a one-time loan when we are on the brink of another economic crash? Are state and local governments going to be left to fend for themselves as their hospitals begin to again overflow with the sick and dying?

Benefits are lapsing. Money is running out. This is cruelty. Tell Congress to pass another economic relief bill without delay! Millions of lives depend on it.

The U.S. recently crossed the 10 million cases mark -- more than any nation, and about a fifth of all worldwide cases. And yet, the literal day after this bleak news, Senate Majority Leader Mitch McConnell had the audacity to say that he wanted to pass a smaller, stripped down, barebones stimulus bill because there is good news about a vaccine. Good news does not stop a person from getting sick. Good news does not put food on a starving family's table. Good news would be if the GOP actually decided to care about vulnerable American lives. But McConnell's efforts have been behind plans that don't even offer a stimulus check.

Without an agreement on an extensive, benefit-rich stimulus bill in Congress, Americans' financial hardships are hitting at the exact same time as a third coronavirus wave. We literally know how this will go -- we saw it in March. Unemployment has been slowly falling, but it is still at 7%; almost double what it was before the pandemic. There is no question that this number will rise during the third wave, as lockdowns are reinstated and folks try desperately to stay safe. Folks who were at risk of eviction, utility shutoffs, and food scarcity will have to go through it all again -- but this time just as the winter is beginning.

These are our elected officials. In record numbers, we showed up and hired them to these posts. Let's tell them exactly what their first order of business should be.

Sign the petition and demand that Congress immediately agree on and pass a lifesaving economic stimulus bill before it's too late.

Care2
The third wave of the pandemic has hit the U.S. and millions of people still can't pay rent or buy food
SHARETWEET