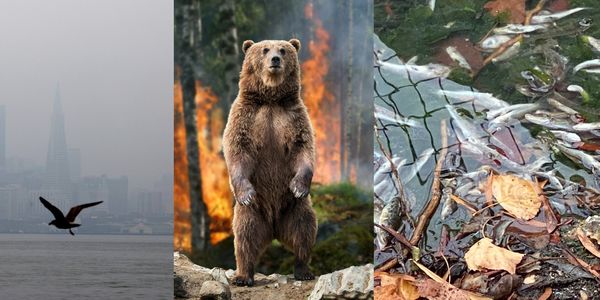 California’s wild animals desperately need help during what is going to be an even worse wildfire season than last year!

California's 2020 wildfire season was the largest in modern history -- nearly 10,000 separate fires burned almost 5 million acres, displacing tens of thousands of residents from their homes and killing 33 people. But one metric that we cannot be sure of is the number of animal lives lost, both during these disasters and in the following months of lasting damage and cascading negative effects. And now, as of this writing in July, 2021, California's wildfires have already "scorched 3 times more land than in the same period" last year.

California has been routinely falling short in its wildfire preparedness, and the incalculable number of wildlife lost is only going to increase if the state doesn't change its ways. But it doesn't have to be this way. Sign the petition and demand that California listen to the science, and do more year-round to prevent uncontrolled wildfires instead of it becoming a yearly emergency!

During California's peak wildfire season from May to October, flames blaze up and down the West Coast state, devouring mammal habitat, clouding the air that birds fly through, and imperiling already precious and scarce water that aquatic and amphibian animals need to survive. In between these hot months, animal ecosystems are left reeling, barely able to bounce back before another wildfire season is already upon them.

A neighbor of the Redwood Shores Lagoon off of the San Francisco Bay lamented that even this aquatic ecosystem -- one you would assume would be safe from a disaster like fire -- tragically changed after the 2020 wildfire season. Ash blown in from raging infernos dropped into and poisoned the water, killing much of the lagoon's fish populations. This in turn left nothing for birds to eat, even well into the winter. She noticed that pelicans and egrets that are characteristic to the area were nowhere to be found. Bat rays, a type of stingray, that normally arrive in the winter months, she said, came instead as late as the end of March, just weeks before the next wildfire season began again.

California's wildfires have become completely unbearable to humans and animals directly affected by the flames -- and now, the recovery cycle that the state's ecosystems are in have become utterly unsustainable. We can only imagine that after a few more wildfire seasons, places like the Redwood Shores Lagoon will not be able to bounce back at all.

Every year, California declares a state of emergency, pouring more and more funding into military grade fire fighting equipment and asking firefighters to put their own lives in danger to save others. But scientists, for years, have been calling for year-round, controlled maintenance of fuel areas -- places where dry vegetation lays waiting to become uncontrolled, deadly wildfires when unattended. This has largely gone unaddressed, or even overpromised -- in preparation for the 2020 season, Governor Newsom claimed 90,000 acres of land had been treated. An investigation uncovered that this number was closer to 12,000.

It has been proven time and time again that for every $1 put into disaster preparation, $6 of relief and emergency funding is saved. California needs to stop acting like wildfire season is a surprise, and start maintaining the entire state for the good of its people and wildlife alike.

Care2
California’s wild animals desperately need help during what is going to be an even worse wildfire season than last year!
SHARETWEET