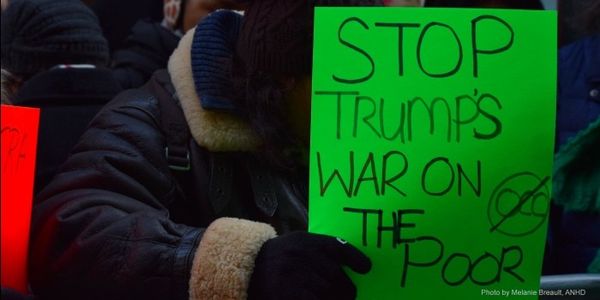 3.3 million Americans just lost their jobs and Congress approved $2 trillion in emergency spending to help businesses and families stay afloat. The whole world is terrified of COVID-19 and staying home to avoid it.

However, regulators are also pushing ahead with a plan to help banks do less for poor people and poor neighborhoods. That's right: less! We can't allow that to happen. Send a letter today.


I oppose the proposed changes to the Community Reinvestment Act (CRA) regulations. The agencies would examine banks in a simplistic manner. The result would be significantly fewer loans, investments and services to low- and moderate-income communities (LMI).

The agencies would dilute CRA's focus on LMI communities in contradiction to the law's purpose. For example, the definition of affordable housing would be relaxed to include middle-income housing.

Even financing "athletic" stadiums would be an eligible activity under the proposal. The changes would define small businesses and farms as having higher revenues, increasing the limit from $1 million to as high as $10 million in the case of family farms.

The agencies would make it easier for banks to pass their exams. They propose a single ratio as the major part of the CRA grade that would consist of the dollar amount of CRA activities divided by deposits. This ratio would likely encourage banks to find the largest and easiest deals anywhere in the country as opposed to focusing on local needs. Banks could still pass if they fail in one half of the areas where they are examined. Branches would count less in the new exams.

Instead of weakening CRA, the agencies must enact reforms that would increase bank activity in areas of need by including communities of color and other underserved areas on CRA exams and by requiring mortgage company affiliates of banks to be on exams.

This flawed proposal would result in less lending, investing, and services for communities that were the focus of Congressional passage of CRA in 1977. This backtracking will violate the agencies' obligation under the law to ensure that banks are continuing to serve community needs.

Finally, I want to make clear that I understand this comment was generated with a form created by the National Community Reinvestment Coalition (NCRC). I understand the implications of the proposed CRA rule and adopt and sign off on this comment because it reflects my own views.  I also agree with NCRC's recommendation that this and other agency rule-making processes be suspended until after the COVID-19 pandemic crisis is over and hereby make that recommendation as my own in this letter. It would be improper for OCC and FDIC to discount my views simply because I have accepted NCRC's facilitation of my filing this  comment.