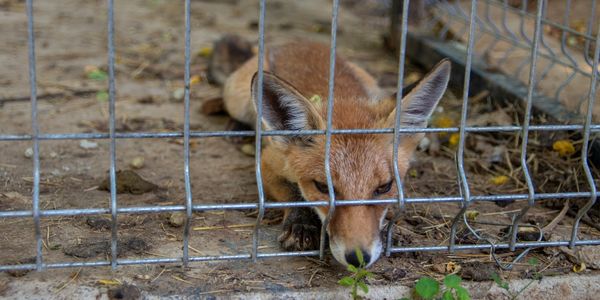 Italy Banned Gruesome Fur Farming, But in Much of Europe the Cruel Practice is Still Perfectly Legal

In yet another blow to an inhumane industry that is constantly declining in popularity, Italy has banned fur farming! Pending the expected final approval, the ban would see each fur farm in the country closed completely within six months – saving the racoons, foxes, chinchillas, and mink within them from a horrific fate. The Italian legislature even set aside money to help local farmers who are involved in the fur industry transition to another form of ranching or agriculture. This is a massive victory for animal rights!

For decades, animal rights activists have shown the world what fur farming actually means for the animals involved. Animals in the industry are typically born into filthy, tight cages with little to no room to move around. Behaviors like self-mutilation and cannibalism of fellow dead animals are not uncommon in these spaces, where animals are forced to endure both physical and psychological torture. These farms are also bad for the human employees who work there, with multiple COVID-19 outbreaks linked to mink farming.

Many cities around the world are beginning to ban the sale of fur, but we know that one of the most important ways to dramatically reduce fur products is to cut the source. By banning fur farming itself, and not just the sale or trade of fur, Italy – one of the fashion capitals of the world -- is showing the rest of the world that it is possible to take dramatic steps towards the ethical and humane treatment of animals without limiting the influence of their national fashion industry.

While Italy's ban is an incredible step forward, following 15 other European countries that have banned fur farming. Instead of continuing to protect animals piecemeal until every country has banned this torture individual, the EU should take sweeping action.

Sign the petition telling the European Union to ban fur farming across the entire continent!

Care2
Italy Banned Gruesome Fur Farming, But in Much of Europe the Cruel Practice is Still Perfectly Legal
SHARETWEET