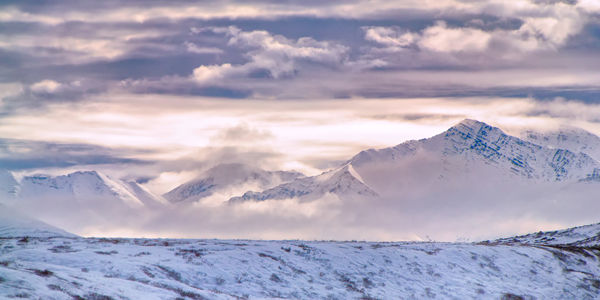 Trump is rushing to sell the Arctic National Wildlife Refuge before he’s out of office. Stop the sale now!

The death rattle of one of the most wicked administrations in U.S. history is the rushed sale of beautiful, precious Alaskan lands to fossil fuel companies that would rip them apart for oil, the price of which has plummeted during the pandemic and promises to keep falling as we move towards a greener economy.

Tell the Bureau of Land Management (BLM) it is not too late to find a shred of morality, and to stop the planned sale of nearly 2 millions acres of the Arctic National Wildlife Refuge! Sign the petition!

The timing of this isn't just fishy -- it's downright evil. Normally, sales of public lands take months of reviews and approval processes. But the BLM under Trump has set the sale for January 6th, meaning they will squeeze all of that vital, complicated work into just 14 days in order to guarantee their terrible plans are set in stone before Joe Biden becomes president on January 20th.

This is a direct assault on the Ingidenous communities of Alaska, who have lived on and cherished these lands for thousands of years, existing in a state of symbiosis.

It is also a death sentence for the countless wildlife species that roam happily in the National Arctic Wildlife Refuge -- migrating caribou, endangered polar bears, Arctic foxes. When their habitats are developed, or there is an inevitable oil spill, or their sources of food diminish, where will they go? What will they do?

This rush job is insulting, unprecedented, and dangerous. Tell the BLM to stop this at once! Sign the petition demanding that any and all sales being considered within the Arctic National Wildlife Refuge be immediately halted!

Care2
Trump is rushing to sell the Arctic National Wildlife Refuge before he’s out of office. Stop the sale now!
SHARETWEET