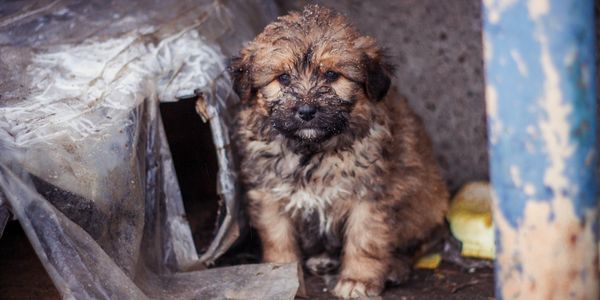 Demand Justice for Hundreds of Dogs, Abused, Neglected, and Picked Apart by Vultures at the Very Rescue That "Saved" Them

A member of the Heard County Animal Control Office saw a strange sight: a vulture trying to grab a puppy and fly away with it. They saved the puppy, but what they found at the scene was worse than they ever could've imagined: a dog rescue group filled with dead dogs. Vultures were circling the rescue center because, along with the terrified puppy that was saved, there were hundreds of dogs – those that were not already dead, decaying, and being picked apart by vultures were not long for this world thanks to intense abuse and neglect.

Sign the petition to demand an internal investigation into how this horrible place actually had a license to be operating!

Heard County's Sheriff's deputies found close to 200 dogs, puppies to adults, in various horrific states at Dogs Rock Rescue, located west of Atlanta in Georgia. Filthy, tight cages were filled with miserable animals. Many were emaciated, starving and dehydrated. Others were incredibly sick, suffering from a total lack of veterinary care. One sweet pup was lying dead in a cage among its 7 or 8 littermates. The poor thing had died from parvovirus, a highly contagious disease that has a nearly 100% mortality rate if left untreated.

Dogs that had died were being eaten by maggots – except those that were just skeletal remains, which were found in a fire pit riddled with what looked like bullet wounds. Some dogs had been left in cages in a van after an adoption event, abandoned to be cooked alive in the Georgia heat.

These are just a few of the gruesome details that deputies witnessed at Dogs Rock Rescue. There is no way these conditions happened overnight – neighbors "said it has been bad for a long time." So how in the world did the owner maintain a proper, state-issued license to operate this absolute hell?

The Georgia Department of Agriculture is responsible for licensing animal rescues in the state. The agency issued the paperwork that facilitated absolute torture for hundreds of dogs, and it cannot be allowed off scot-free. The owner has been charged with animal cruelty. Now, it's time to make sure this never happens again. Sign the petition demanding an internal investigation into how Dogs Rock Rescue got a license while torturing, neglecting, abusing, and killing dogs!
Sign Petition
SHAREShare With FriendsTWEETEMAILEMBED
Sign Petition
See more petitions:
You have JavaScript disabled. Without it, our site might not function properly.

Care2
Demand Justice for Hundreds of Dogs, Abused, Neglected, and Picked Apart by Vultures at the Very Rescue That "Saved" Them
SHARETWEET