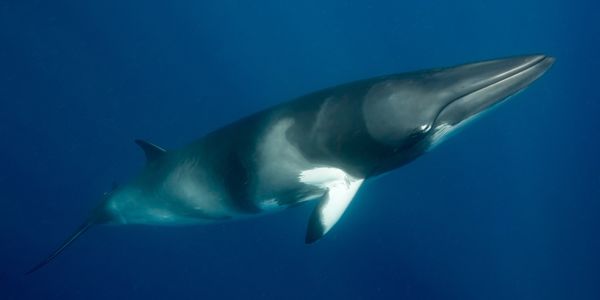 The 2021 whaling season in Norway is quickly approaching, and the whaling industry is out for blood -- specifically, minke whale blood. This year's killing quota is a whopping 1,278 minke whales!

That quota is well over DOUBLE the number of minke whales slaughtered during last year's season! But Norway's whaling industry is dead set on making the cruel capture and slaughter of these iconic beings "more attractive" so they can turn a pretty profit without being viewed in a negative light.

Well they aren't going to get off that easy. Sign the petition and demand Odd Emil Ingebrigtsen, Norway's Minister of Fisheries, dramatically lower this quota! It must reflect the extremely low demand for whale products and the general public's overwhelmingly negative view of cruel whaling!

The slaughter of a wild minke whale is a terrible thing to behold. Whalers onboard their vessels aim a harpoon at a moving, fleeing, terrified whale, which is meant to kill the animal on the spot. But more often than not, it takes a long time for these whales to die. The huge mammals are incapacitated, left to slowly die in immense pain either from bleeding out or not being able to rise to the surface for the lifegiving air they need.

Whales dying slowly and painfully is a rule in the whaling industry, not an exception -- which made it all the more horrifying when Norway relaxed regulations in 2020. Their new rules even stated that only one person on an entire whaling vessel needs to have previous whaling experience. One person for an entire crew. And even then, they only need to have experience in the past six years. In an effort to stoke the dying fire of the whaling industry, the government of Norway is completely abandoning animal welfare.

And there is exhaustive proof that the whaling industry is, in fact, dying. Ingebrigtsen, when announcing this horrifically high quota, implied that demand for whale meat is rising. But a study from the Animal Welfare Institute (AWI) polled Norwegians and found that under 5% say they eat whale meat regularly! So who is all this murder for? Actually, most of the poor whales caught during the whaling season are sent elsewhere for consumption. This industry simply no longer represents the feelings or desires of Norwegian people, nor of its laborers. The number of vessels registered for whale hunting has been falling for over a decade, down to 12 in 2020 from 34 in 2004 -- and the Norwegian government should be embracing this trend, rather than trying to reverse it.

It is appalling that the government of Norway would ignore the feelings of its people and the welfare of whales just to try and save an antiquated, cruel industry that has negligible economic benefits and could decimate conservation efforts for whales worldwide -- 70% of the whales targeted are females that could be pregnant!

Norway is only one of three countries that still allows commercial whaling. It's time to catch up to the rest of the world and put an end to it! Sign the petition and demand that Norway drastically lower its minke whale murder quota for 2021, and use this as the first step to phasing out whaling entirely!