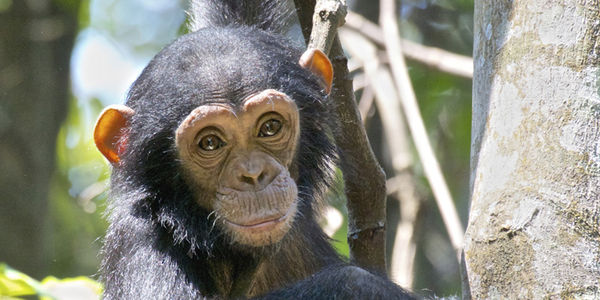 Save Chimpanzees and Forest Elephants. Stop This Dangerous Nigerian Superhighway!

The Nigerian government is planning to build a superhighway that would destroy rainforest habitat for some of the most endangered species on Earth.

Cross River National Park, Ukpon River Forest Reserve, and Cross River South Forest Reserve are all in the highway’s path of destruction. These lands are critical habitat for vulnerable species including chimpanzees, forest elephants, and pangolins.

There's no doubt that our voices are having an impact. Thanks to more than 100,000 comments from people just like you, the Nigerian government has already rerouted the highway once to avoid critical gorilla habitat. Now, we need to keep the pressure on!

I appreciate your consideration of local communities and the irreplaceable wildlife heritage of the Cross River State in your decision to suspend plans for the superhighway's 20km-wide buffer through Nigeria's Cross River State and to reroute away from the Ekuri community forest.

This verbal commitment given at the EIA meeting on 16 March 2017 is heartening, but more needs to be done. The route still cuts through Cross River National Park, Ukpon River Forest Reserve, and Cross River South Forest Reserve, which would be catastrophic, destroying hundreds of acres of ancestral forest, harming the livelihoods of local communities, and demolishing some of the last-remaining habitat for highly threatened species such as the chimpanzee, pangolin, and forest elephant.

The construction of a large highway through wildlife-rich forests will have a devastating impact on many species. The development would also open up formerly inaccessible areas of forests, which will undoubtedly lead to increased wildlife poaching in the region.

I urge you to make the best decision for local communities and wildlife and move the project away from Nigeria's most biodiverse forests. These intact forests are vitally important for eco-tourism, water resources, and habitat for a long list of endangered species. Please revise the Environmental Impact Assessment and reroute the superhighway to spare as much rainforest as possible.