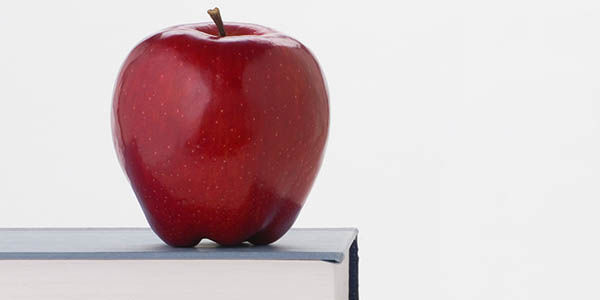 The issue: I have been writing about the problems of standardized tests, specifically the tests that are aligned with the Common Core State Standards and administered by the New York State Education Department. Components of the State’s accountability system, the results of these tests are used as a major factor in the decisions that label children, schools and school districts as failing and identify them for receivership. High Stakes Tests opponents have fought to bring attention to the institutionalized disparities created by these tests, especially for minority children, poor children, children with disabilities and children who are not native English speakers. They have questioned the validity of these tests and whether they actually assess student achievement in English Language Arts and Math, the two areas targeted by the State and the Federal government. And in singling out the validity of these tests, their use as major determinants of school and school district accountability is also questionable.

Then in December 2015, Governor Cuomo’s Common Core Task Force issued a report that called for sweeping changes in the application of Common Core standards, aligned curriculum and standardized tests. The Task Force agreed that the standardized tests’ outcomes were not reliable and as a result should not be used to evaluate students or teachers. The New York State Board of Regents agreed with and adopted all the Task Force’s recommendations.

However, there are numerous questions that remain about the application of the Task Force recommendations particularly as they impact Receivership schools and students who are minority, poor, have disabilities or have limited English proficiency. Thus far, my requests to the Commissioner and NYS Board of Regents for clarification have been met with silence. I call it the strategy of “ignorance”. Ignore her and she’ll go away. It’s not a new strategy; just another way to marginalize and discount voices that the powers that be don’t want to acknowledge.

This Resolution calls on the Board of Regents and the Commissioner of State Ed to convene a group to study the implications and impact of the Governor’s Common Core Task Force on all students, but particularly those in Receivership Schools.

Whereas,  The Education Transformation Act of 2015, Subpart H defines the takeover and restructuring of “failing schools” as receivership, thereby stripping the authority of local school boards and vesting that authority in either the local superintendent or in the event of the failure of these schools to make “demonstrable improvement” to an outside receiver; and

Whereas,  schools defined as “persistently struggling” are schools identified under the state’s accountability system to be among the lowest achieving public schools in the state for 10 consecutive years; and

Whereas,  schools defined as “struggling” are schools identified under the state’s accountability system as being designated as “priority” for the last three consecutive years and in the lowest achieving 5% in the state; and

Whereas,  the Buffalo Public School District has 25 Receivership Schools - 5 designated as “persistently struggling”  and 20 designated as “struggling”, which have been placed under the authority of the superintendent; and

Whereas, according to the law “persistently struggling” schools may continue to operate for one year under a SED approved intervention model or comprehensive education plan.  And after one year, the school shall undergo a review and the designation of “persistently failing” shall be removed, continue under the superintendent vested with the powers of a receiver, or the school will be placed in receivership; and

Whereas, according to the law “struggling” schools may continue to operate under the superintendent vested with the powers of a receiver for an additional 2 years but must have a state-approved improvement plan in place with metrics and goals; and

Whereas, on December 10, 2015, Governor Cuomo’s Common Core Task Force, concluding an extensive review and analysis,  issued its final report and recommendations, which raise serious questions about the Common Core Learning Standards, the aligned curriculum and assessments beginning with the CCSS rollout during the 2012-2013 school year; and

Whereas, over half of the Task Force’s 21 recommendations addressed issues related to the Common Core aligned standardized tests and testing including for example: the pattern of subjecting all students, including students with disabilities and English Language Learners to the same tests; excessive time devoted to standardized testing; lack of engagement of parents, educators, students and other stakeholders in transparent and open dialogue and feedback regarding assessments; and

Whereas, the Task Force’s final recommendation most forcefully addressed the question of the validity of the Common Core aligned tests and recommended a “moratorium” on the use of the results of these tests, specifically stating, “the results from assessments aligned to the current Common Core Standards, as well as the updated standards, shall only be advisory and not be used to evaluate the performance of individual teachers or students”; and

Whereas, the Common Core aligned standardized tests have played a major role as significant determinants in the state’s accountability system, contributing to grading individual student, school and school district achievement; and were used as a principal  factor in the identification of “struggling” and “persistently struggling” schools for receivership; and

Whereas,  these 144 schools are predominately located in urban school districts with student populations that have disproportionately high percentages of students with disabilities, English Language Learners and other demographic indicators that have been shown to adversely impact student achievement;  and

Whereas, the Task Force focused on the disparity of specific assessment approaches and limitations associated with the Common Core aligned standardized tests; and

Whereas, the Task Force Report ultimately recommended that students be “held harmless” from the outcomes of the standardized tests until the 2019-2020 school year. However, this recommendation does not seem to apply to students in receivership schools given the use of the test data, for example, as acceptable indicators for demonstrable improvement;

Therefore, we are requesting that the Board of Regents authorize the State Education Department to conduct a detailed, open and transparent review and analysis of the use of the ELA/Math standardized tests results as determinants to assess school qualification for receivership; to invite parent, educator, student and other stakeholder input and feedback in the process; to clarify the recommendations of the Common Core Task Force as they apply to the state assessments and use of assessment data, and to develop future recommendations for appropriate determinants for school receivership.