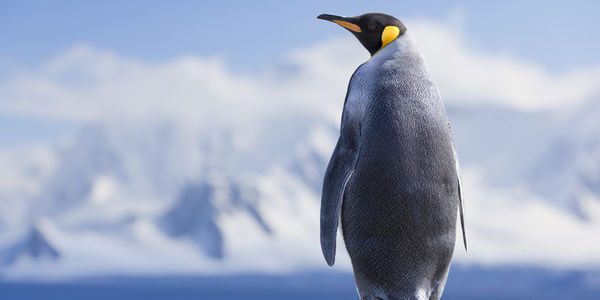 Warming waters set this iceberg loose. Now it's hurtling towards an island of penguins that may not withstand the crash.

The biggest iceberg in the world just split off from Antarctica. And now it's headed directly for an island full of penguins and other wildlife. And if ever the two should meet, it could spell disaster. Thousands of King penguins, as well as Macaroni, Chinstrap, and Gentoo penguins, seals, and albatrosses call this island, known as the British Overseas Territory of South Georgia, home.

But if the iceberg runs around on their shores, it could cut off their access to vital foraging routes, depriving them of food and ultimately leading penguin parents and their babies to starve to death.

Experts predict the iceberg has a 50 percent chance of colliding with the island, and that if this does happen, we only have 20 or maybe 30 days before it does — so we have to put a plan together now in order to save the animals!

Sign the petition to demand that the UK fund a scientific mission to feed, care for, and save these penguins!

The fact that this giant iceberg is floating and wandering to begin with is a big deal. Ordinarily, something as high-stakes as this situation wouldn't occur, even with natural sloughing of ice shelves off of the Antarctic coast.

The reason this particular gigantic 'berg is adrift is because of climate change. The rapidly warming waters off of Antarctica have dramatically increased the amount of icebergs breaking away, and intensified the speed with which they move. In fact, this particular iceberg came from an ice shelf located on the West Antarctic Peninsula; of the whole continent, this area is the one that's heated up the fastest.

Protecting Earth's ice sheets is also of the utmost importance to stopping climate change, so destroying this roaming ice cube isn't the solution. But we still need to make sure authorities do something fast to keep these animals alive!

Urge the British government to help these precious penguins now! They cannot be left to starve to death — especially because of a problem that we humans caused.
Sign Petition
SHAREShare this petition with friends!TWEETEMAILEMBED
Sign Petition
See more petitions:
You have JavaScript disabled. Without it, our site might not function properly.

Care2
Warming waters set this iceberg loose. Now it's hurtling towards an island of penguins that may not withstand the crash.
SHARETWEET