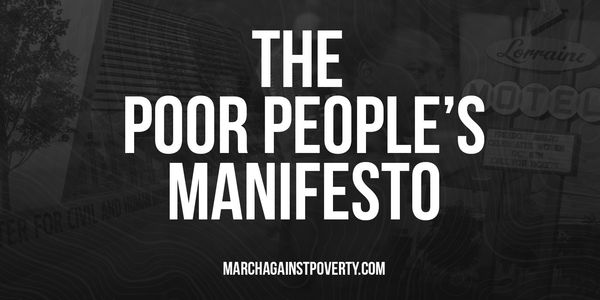 Did I lose you?

I imagine these numbers have not left any great impact in your mind. We're accustomed to seeing statistics, numbers, and percentages of horrific things that happen in the world: shootings, the opioid epidemic, modern-day slavery, sex trafficking, the list goes on. Numbers associated with tragedies are listed on our social media feeds and news stations daily.

The more headlines we scroll past, the more we must numb ourselves to their present reality in our lives. While these tragedies amass, our lives continue. Your work deadline is still Friday, your kids have to be picked up from school, and bills are due at the end of the month. Like Stockholm Syndrome, we develop a relationship with the things that threaten our lives. We numb the stories of tragedy in order to continue on with our lives. We keep our fingers crossed that it doesn't happen to us.

What does it do to us though when we begin to rationalize and intellectualize children starving in our streets? What does it do to a society that moves on without counting the consequence of our collective inaction?

Beyond the numbers and flowcharts, are yes, names and faces. But of course, intellectually, you know that too. What you do not know, are their stories. You do not know what has brought them to where they are and if that same thing couldn't have happened to you.

Poverty is much more than a number or even a name or a face. It is a storyline that has been deeply rooted in the fabric of our society for generations and generations.

Unfortunately, our individualistic culture tells us that oppression, slavery, and poverty are not our fault, because have we owned slaves? Or oppressed our neighbors? Most of us have not. And see, that's where the hard work comes in. It's easy to identify a racist with a confederate flag and a hateful slur, but it is more difficult to identify where we have benefitted from a system that has oppressed and put down the already poor and marginalized.

What is at Stake?

A society that accepts the fact that children, women, and men, are on our streets, sleeping under bridges, and dying from hunger and cold will never be great, or progress, and will decay as our souls choose possessions over people.

We idolize the materialistic benefits from a capitalist society instead of valuing the human capital that surrounds us.

It is a simple message at its core. We either become a society and a people with all the resources in the world that choose to become responsible and care for the people around us or we choose to build our own kingdoms at the expense of those suffering.

What Can We Do?

We cannot let poverty persist and plague our nation. We must take responsibility for our brothers and sisters, the citizens of our country. They must be afforded the same rights.

We call for a solution. Different sides of politics can no longer divide men, women, and children from the basic necessities to live—and more than just survive. We call for a solution that eradicates the poverty class by ensuring a livable wage and opportunity is provided for every citizen.

We call for a visibility of the poor and to ensure:

If you think that these requests are far-fetched or unreasonable, let me present you with some highlights from the 2016 Budget Fact Sheet on Homeless Assistance.

That comes to a total of $3,899,000,000 spent on the 40.6 million people living in poverty and homelessness. You could give each person in poverty a million dollars every year and still be saving over $3.500 billion dollars.

Surely we can consider alternative solutions that provide people with incomes rather than funding programs with billions of dollars.

What Can You Do?

In conclusion of reading this manifesto we ask two things:

Sign the petition to call for a solution for poverty.

Martin Luther King Jr made these notes on his plans to eradicate poverty, "The contemporary tendency in our society is to base our distribution on scarcity, which has vanished, and to compress our abundance into the overfed mouths of the middle and upper classes until they gag with superfluity. If democracy is to have breadth of meaning, it is necessary to adjust this inequity. It is not only moral, but it is also intelligent. We are wasting and degrading human life by clinging to archaic thinking.

The curse of poverty has no justification in our age. It is socially as cruel and blind as the practice of cannibalism at the dawn of civilization when men ate each other because they had not yet learned to take food from the soil or to consume the abundant animal life around them. The time has come for us to civilize ourselves by the total, direct and immediate abolition of poverty."