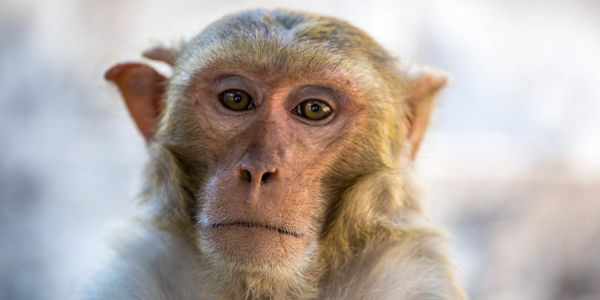 Their Private "Zoo" Led to a Toddler Fighting for Her Life. Demand an End to Exotic Pet Zoos, Now!

A Russian millionaire couple decided to entertain themselves by creating an exotic "pet zoo," where they locked up a variety of wild animals such as monkeys, elephants, and wolves. These are animals that have no place being held captive - and for many of the species, the harsh Russian weather is no place for them, either.

It wasn't only the helpless animals that suffered. In July 2022, a scared desperate monkey finally managed to escape. And as a result of its anguish from captivity, it attacked a two-year old girl, a Ukrainian refugee whose family had taken shelter in the village after fleeing the Russian invasion into their homeland.

Demand that authorities shut down this private "zoo" and ban people from owning exotic wild animals!

The toddler had been outside playing when the couple's traumatized monkey appeared, launching itself at her, pulling her off a ladder onto the ground, and biting her. The girl's parents ran to help her, but the monkey was in such distress, it couldn't stop biting and grabbing and diving at the girl.

The attack left the small child with grave injuries, including a large loss of blood. Her family rushed her to a hospital, where she is in intensive care, receiving treatment for her wounds.

Experts say that it is extremely unusual for a monkey in this situation to be so intentionally aggressive, especially when unprovoked. This experience proves that wild animals have no place being turned into pets or entertaining toys - even for rich families, who think they can get away with anything.

Russian authorities have now opened a criminal investigation into the monkey's assault on the child, but it is not clear what will become of the wealthy couple and their private amusement park of imprisoned wildlife. However, the next step should be clear: officials must shut down this collection of exotic "pet" animals, send the wildlife to sanctuaries, and prevent such a thing from ever happening again! Events like this show that private zoos are bad for animals and humans alike. Sign the petition if you agree.
Sign Petition
SHAREShare With FriendsTWEETEMAILEMBED
Sign Petition
See more petitions:
You have JavaScript disabled. Without it, our site might not function properly.

Care2
Their Private "Zoo" Led to a Toddler Fighting for Her Life. Demand an End to Exotic Pet Zoos, Now!
SHARETWEET