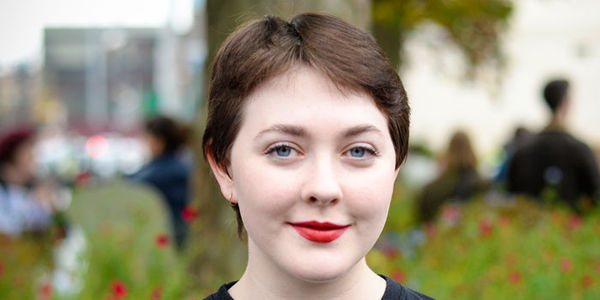 Sign now to send an email to the Minister for Women and Equalities, Penny Mordaunt, urging her to repeal sections 58 and 59 of the Offences Against The Persons Act 1861 and end the life time prison sentence for abortion in Northern Ireland.

Abortion in Northern Ireland is punishable by up to life in prison, with no exception for rape, incest or foetal anomaly. Between March 2018 and July 2018, 342 women travelled from Northern Ireland to England to access abortion - 28 women a week, including at least one 12-year-old.

The legal barrier to abortion is a British law, Sections 58 and 59 of the Offences Against the Persons Act 1861. The UN has called the law and the refusal of Westminster to act, a 'grave and systematic violation' of human rights. The UK Supreme Court has been clear that the current law treats women as 'vehicles', is 'untenable' and is in need of 'radical reconsideration'.

The UK Government has refused to act, arguing it is a devolved matter for the NI Assembly alone to address. Northern Ireland broke the record for the longest time without an elected government last month.

Alliance for Choice continues to receive calls from desperate people who can't travel, worried that accessing abortion pills online will see them arrested. We have been let down by our representatives who either refuse to take seat in Parliament or refuse to acknowledge the public will in NI for change. Westminster has the power to make this change.

Please sign this petition now. If you are in the UK, signing will send an email from your email address to the Minister for Women and Equalities, with the text in the Petition Letter below.

As Minister for Women and equalities we are urging you to prioritise the removal of criminal sanctions for abortion in GB and Northern Ireland.

As recommended by the CEDAW Inquiry report in February and reiterated in July on their list of issues for the UK, the lack of abortion access in Northern Ireland for Northern Irish people is a clear breach of a number of human rights obligations and amounts to state violence against women, girls and others that need abortion healthcare.

The wishes of the people in Northern Ireland with regard to abortion are not fairly represented by the DUP and the abstentionist Sinn Fein in Westminster. The 2016 Life and Times Survey and the recent report on Abortion as a Workplace Issue both highlight how the vast majority of NI citizens wish for a change to the status quo.

Please make it a priority to ensure women, girls and pregnant people in NI are no longer treated as lesser than their English, Welsh and Scottish counterparts in the eyes of the law.

[Your name]
[Your address]
Sign Petition
SHAREShare this petition with friends!TWEETEMAILEMBED
Sign Petition
See more petitions:
You have JavaScript disabled. Without it, our site might not function properly.