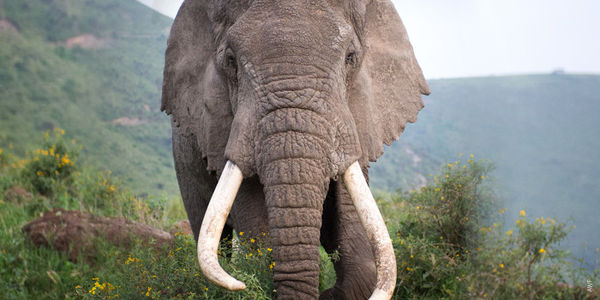 An elephant is being killed nearly every 15 minutes for its ivory… and rhinos are being poached at unsustainable rates for their horns. There are several proven strategies to protect them from needless slaughter: The most effective way is to make wildlife trade entirely illegal, on a global level. But in New Zealand, the domestic trade of elephant tusks and rhino horn doesn't just exist, it is thriving.

The number of incidents of internationally protected wildlife seized at the country's border increased by a massive 300 percent from 2011 to 2017. While border control tries to curb incoming wildlife products, once products slip through, it's a different story.

Once ivory tusks and rhino horn hit the domestic market... New Zealand has no legal safeguards in place to further curb the trade. Ivory can even be sold at places like auction houses, where there are no requirements for proof of origin or age of the product.

The solution is clear: New Zealand must completely end its domestic trade in elephant ivory and rhino horn.

Join AWF in telling the New Zealand parliament to start criminalizing their sellers and buyers. Together, we can protect the species we love. We need 50,000 to sign our petition now, and your name should be on it.
read petition letter ▾
Subject: End the domestic ivory and rhino horn market

The slaughter of these beautiful animals continues at an alarming rate, with one elephant brutally killed for its tusks every 15 minutes, and one rhino slaughtered for its horn every eight hours in South Africa alone.

Furthermore, wildlife rangers risk their lives daily to protect these threatened species, and worldwide more than 100 are killed every year, leaving behind financially vulnerable, devastated families.

Wildlife trafficking is a crisis that poses serious — and often irreversible — environmental, development, and security challenges. And it cannot end without New Zealand's full cooperation.

Between 2010 and 2016, more than 5,000 elephant ivory items crossed your country's border, and yet New Zealand's domestic ivory and rhino horn trade remains lucrative and unregulated.

The time to take action is now. Many of New Zealand's main international trading partners, like China, Taiwan, the United States, and France, have already implemented or announced ivory trade bans.

I am joining tens of thousands of wildlife advocates to urge you to follow suit and act swiftly — and with integrity — in criminalizing the domestic sale of ivory and rhino horn. These iconic species won't survive if wildlife traffickers know they can profit from a thriving market.

Sincerely, [Your Name]
Sign Petition
SHAREShare this petition with friends!TWEETEMAILEMBED
Sign Petition
See more petitions:
You have JavaScript disabled. Without it, our site might not function properly.