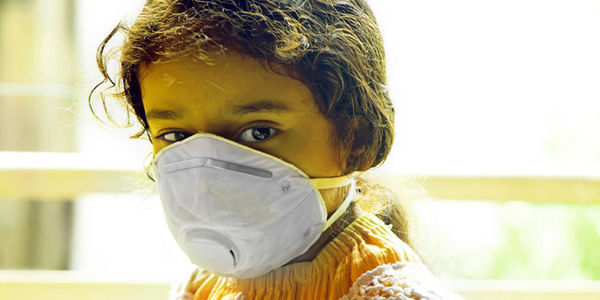 Air Pollution Is the New Smoking, and It's Killing Us by the Millions. Tell the EPA to Improve Air Quality Standards, Now!

Air pollution is poisoning our lungs.

That basic information isn't news, but the extent of the damage is. A new study published in JAMA, a leading medical journal, reveals that breathing in polluted air is similar to smoking 20 cigarettes — i.e. a full pack — every day for 29 years.

To conduct their study, scientists monitored thousands of healthy adults living in six U.S. cities for more than 10 years. Researchers discovered that illnesses previously considered to be "smokers' diseases" are attacking the general population — including emphysema and COPD (chronic obstructive pulmonary diseases).

The worst culprit is something called "ground level ozone." This type of ozone is an invisible smog. It arises when pollution from cars and smokestacks combine with sunlight, which cooks it into a toxic mix. Ground level ozone gets worse on hotter, sunnier days — meaning that things will only get worse with climate change.

The World Health Organization (WHO) estimates that approximately 7 million people die premature deaths from air pollution each year. More than 107,000 of those cases were in the U.S. It's clear that air pollution is killing us off, and we need to do something about it now!

Despite the obvious urgency and alarming nature of these findings, the U.S. Environmental Protection Agency (EPA) has refused to acknowledge the connection between air pollution and long-term health impact. This is obviously a case of sticking their heads in the sand, refusing to implement regulations that might hurt Trump's fossil fuel buddies.

We can't let more people die because of Trump's corruption. The EPA must act! Sign the petition to demand that the EPA take the findings of this study seriously and work to improve our air quality, before all of us wind up with pollution-induced smokers' lungs.
Sign Petition
SHAREShare this petition with friends!TWEETEMAILEMBED
Sign Petition
See more petitions:
You have JavaScript disabled. Without it, our site might not function properly.

Care2
Air Pollution Is the New Smoking, and It's Killing Us by the Millions. Tell the EPA to Improve Air Quality Standards, Now!
SHARETWEET