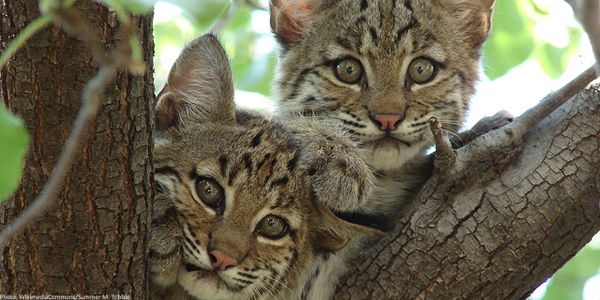 New Jersey Governor Chris Christie is no friend of wildlife. Asked recently about a proposal to allow the slaughter of bobcats in New Hampshire, Christie told a crowd: "For all of you who want bobcats killed, I'm your guy."

Bobcats have been protected in New Hampshire since 1989, when decades of hunting and trapping had driven the state's population of these beautiful felines down to only 200 animals. Now, with demand from the international fur market driving up prices for bobcat pelts, the New Hampshire Fish and Game Department has proposed ending the ban. If it does, hunters could use dogs, bait and indiscriminate traps to slaughter bobcats and sell their furs to Chinese and Russian fashionistas.

Not only is this proposed slaughter senseless and cruel, but traps set for bobcats can badly hurt endangered species like Canada lynx -- as well as pets and even people.

I am writing to express my opposition to the proposal by the New Hampshire Fish and Game Department to open hunting and trapping seasons for the state's bobcats. Along with the vast majority of citizens in New Hampshire, I value these beautiful animals in the wild and don't want to see them cruelly trapped or shot. By expressing his support of this killing program, Governor Christie has aligned himself with a small minority of New Hampshire residents who seek to exploit these animals for personal profit by exporting the pelts for sale in the foreign fur trade.

As you know New Hampshire has protected bobcats since 1989, after decades of hunting and trapping had caused the state's population to plummet to only 200 animals. With state protection New Hampshire's bobcat population has begun to rebound, and that's good news for the state. I'd love a chance to see these elusive cats in the wild, and they help farmers by eating rodents that can damage crops. If these proposed hunting and trapping rules are adopted, they could undo decades of careful management that brought New Hampshire's bobcat population back from the brink. The rules would allow hunters to chase bobcats with dogs and use bait. And the indiscriminate snares used by trappers could hurt critically endangered Canada lynx.

Economic analysis shows that the state would spend more money administering the bobcat hunting and trapping program than it would gain from selling kill permits. This proposal makes no sense. At the expense of the public, the proposal would benefit a select few who'd like to kill these animals for sport or ship their pelts overseas to China for profit.

I find it incredibly disappointing that Governor Christie has lent his support to this unnecessary and cruel slaughter of a beautiful piece of America's natural heritage -- it makes no sense economically, morally or otherwise. Other states, including California which recently banned all commercial and recreational trapping of bobcats, have come to the same conclusion.

Please -- do not open hunting and trapping seasons for bobcats.