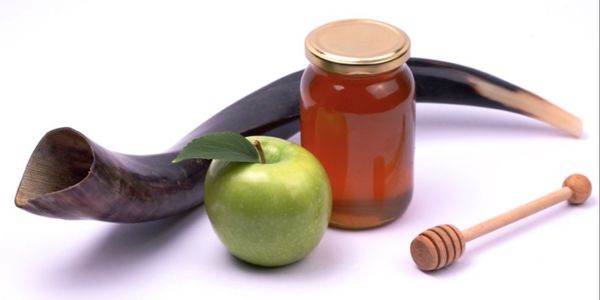 All are welcome to read and share! We request that only Jews who are part of the Puget Sound area community sign.

Preamble
On September 24, 2019, you put forth a Puget Sound Jewish Community Statement on Antisemitism. The Statement defines antisemitism as hatred by individuals and emphasizes ways that criticism of Israel can be antisemitic. Having spent time reading and reflecting on your Statement, we are concerned that it leaves out critical aspects of antisemitism that are fundamental to our ability to fight it in all its forms. In the spirit of mutual care for our Jewish community and makhloket l'shem shamayim—argument for the 'sake of heaven'—we, the undersigned, are sharing our belief that your Statement goes against the interests of Seattle Jews and all those threatened by oppression.

We write as Jews in your community who believe in the principle of solidarity. We believe that the only way to create safety for all Jews is to forge deep relationships with other communities also targeted by oppression, so that we can take action together. We are driven by a strong commitment to intersectionality, which means we take into account all forms of oppression, including antisemitism, in our approach to liberation. In the words of Jewish Women of Color Marching: "We value our multi-racial, multi-ethnic, cross-classed, multi-gendered, differently observant, differently abled, and intergenerational community of [Jews] as powerful. Our liberation is tied to the liberation of all our...siblings and to our capacity to listen, learn, grow and take action together."[1]

We are many and our numbers are growing, but we do not see ourselves reflected in your Statement. We are unaware of any efforts you made to hear from Jews like us whose experiences are underepresented by mainstream Jewish organizations, including Jews of color, queer and trans Jews, disabled Jews, anti-Zionist Jews, and those of us who do not feel at home in mainstream Jewish spaces. We are pained and worried about this important Statement claiming to speak for our regional Jewish community because it excludes our voices and experiences. In doing so, it misses insights crucial to creating more safety for Jews and sister communities targeted by oppression.

In this season of reflection and accountability, with Rosh HaShanah, the Jewish New Year, only a few days away, we offer a different approach to Jewish safety. The New Year is a time for tshuvah, for turning away from narrow understandings of Jewish survival and turning toward a bigger vision of collective liberation.

Definition and Current Environment Concerns
Like you, we are deeply concerned with rising antisemitic violence in the United States, which has significant roots in the Pacific Northwest.[2] In their foundational resource, "Understanding Antisemitism," Jews for Racial and Economic Justice defines antisemitism: "Originating in European Christianity, antisemitism is the form of ideological oppression that targets Jews. In Europe and the United States, it has functioned to protect the prevailing economic system and the almost exclusively Christian ruling class by diverting blame for hardship onto Jews. Like all oppressions, it has deep historical roots and uses exploitation, marginalization, discrimination and violence as its tools. Like all oppressions, the ideology contains elements of dehumanization and degradation via lies and stereotypes about Jews, as well as a mythology. The myth changes and adapts to different times and places, but fundamentally it says that Jews are to blame for society's problems." [3] As your Statement notes, antisemitism increases in times like ours, when social, political, and economic hardship and uncertainty are heightened.

Rather than simply a "manifestation" of "hate," as your Statement describes, we believe that antisemitism is a form of oppression that is rooted in historical patterns that affect Jews collectively. It can be wielded by both individuals and groups as well as institutions and systems. Whether explicit or implicit, it seeks to harm and sometimes to eradicate Jews. It was designed and is used as a tool of Christian dominance, white supremacy, and white nationalism. Like all forms of oppression, antisemitism can appear across the social and political spectrum. However, critically, almost all of the antisemitic violence in the United States today is committed by white Christian men spurred by the White nationalist movement, and encouraged by the Trump Administration and Republican party.

Western States Center Director and white nationalism expert Eric K. Ward has written in detail about how antisemitism is used to strengthen white nationalist racism, misogyny, and anti-immigrant ideologies, which they use to build political power: "To recognize that antisemitism is not a sideshow to racism within White nationalist thought is important…it allows us to identify the fuel that White nationalist ideology uses to power its anti-Black racism, its contempt for other people of color, and its xenophobia—as well as the misogyny and other forms of [oppression]…. Jews function for today's White nationalists as they often have for antisemites through the centuries: as the demons stirring an otherwise changing and heterogeneous pot" of social and economic issues. [4]

Your Statement minimizes these central and most threatening sources of current antisemitism, while giving significant attention to ways that criticism of Israel can be antisemitic. This is not only disingenuous, it is dangerous because it prevents us from being able to design strategies that keep ourselves and other targeted communities safe. What's more, in our upside-down political world, accusations of antisemitism are routinely trotted out to justify a right-wing, racist, and xenophobic agenda. For example, after Trump successfully got Israel to bar entry to Ilhan Omar and Rashida Tlaib, whom he categorized as people who "hate Israel and hate Jewish people," he accused Jews who vote for the Democratic party of being "disloyal" to Israel. [5] This revives an antisemitic trope that Jews in the US have competing loyalties, and is also intended to dissuade Jews from supporting the Democratic Party, for which they have historically voted in record numbers. Your Statement does not mention President Trump's antisemitism and the ways he uses false accusations of antisemitism to discredit and de-legitimize Black, Arab, Palestinian, and Muslim leaders, countries, and individuals. Nor does it identify how false charges of antisemitism are being used to shore up support for the Republican Party, which has not rejected the white Christian nationalist movement that threatens so many of us.

Divide and Conquer Strategies Vs Collective Liberation
We also must understand how antisemitism and claims of antisemitism are used to divide and conquer, setting Jews apart from other targeted groups so as to fracture our collective power. We Jews get pitted against non-Jews who are also targeted by white supremacy and white nationalism, and sometimes we do this to ourselves. This is exemplified by the disproportionate mainstream Jewish outrage against Angela Davis, Ilhan Omar, and Marc Lamont Hill for daring to criticize the State of Israel; by contrast, mainstream Jews do call out the shooters who murder Jews in Pittsburgh and Poway, but rarely name that these are white Christian nationalist men who are also killing Black people in Louisville, and Latinx immigrants in El Paso and all along the Southern Border. We are concerned that your Statement misses the opportunity to point directly to these most deadly sources of violence as well as to recognize the shared experiences of all of us whom they target.

Antisemitism would have us believe that no other group is going to stand up for us. But as Hillel our Elder says in his most memorable quote, "If I am not for myself, who will be for me? If I am only for myself, what am I? And if not now, when?" [6] Because of our traumatic history, as a community we can find ourselves stuck in the first line. Now is the time to live further into the second and third lines, to start connecting Jewish safety with the safety of all other communities. This doesn't mean giving up Judaism or Jewish identity or history, or diluting commitments to our own safety. It means using these as a starting place for connection and action. Collective liberation is the only lasting approach to Jewish liberation.

We humbly ask that the Jewish Federation of Greater Seattle and all signatories of the Puget Sound Jewish Community Statement on Antisemitism take stock during these Days of Awe. We urge greater engagement with tokhechah (feedback) in order to learn from others building movements that fight systemic violence in the United States and to face the fact that our destiny is inextricably linked to theirs. Indeed, some of them are also us.

As we approach the one-year anniversary of the deadly shooting at the Tree of Life Synagogue in Pittsburgh and have just passed the 13-year anniversary of the deadly shooting at the Seattle Jewish Federation, we long for a community that will not be weakened and further isolated by a bunker mentality. We imagine a Jewish community that, like the ancient rabbis, welcomes dissenting opinions and works together to envision ourselves made stronger through solidarity with others. May we find the strength to move toward one another as we fight against antisemitism, for we need each other more than ever. We hope you will join us in envisioning and helping to create a world in which all oppressed peoples, including Jews, thrive.

Resources for Education and Action
Below is a list of organizations, both local and national, that use an intersectional, solidarity approach to combating antisemitism and creating collective liberation. These groups offer multiple resources for organizing to end antisemitism, white supremacy and white Christian nationalism; many also offer resources to support a "safety through solidarity" approach to security within the Jewish community, one that uses restorative, relational approaches in the place of police-based responses that often cause unintended harm to those in our communities who experience multiple forms of oppression—Jews of Color, queer and trans Jews, disabled Jews among them. Our growing regional network of Jews committed to these approaches will continue to share resources as we develop them and as they are shared with us by partners across the country.

[2] "Progressive Northwest? White Supremacists Think It's the Perfect Place to Sow Hatred." Knute Berger. Seattle Magazine, January 2018; "The Northwest Has Long Been a Breeding Ground for White Nationalism. What Are We Doing about It?" Gregory Gutterman Scruggs. Jewish In Seattle Magazine, April 15, 2019. https://mag.jewishinseattle.org/articles/2019/4/15/the-northwest-has-long-been-a-breeding-ground-for-white-nationalism-what-are-we-doing-about-it; "Report: Washington state home to one of the largest cells of notorious white supremacist group." Jim Brunner. The Seattle Times, January 2018. https://www.seattletimes.com/seattle-news/report-washington-state-home-to-one-of-the-largest-cells-of-notorious-white-supremacist-group/