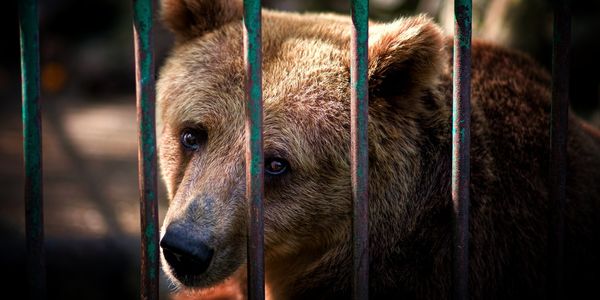 This roadside zoo illegally sold animals that were supposed to be rescued, and some of them ended up dying

When animal rescue organizations arrived at the Cricket Hollow Zoo to help relocate animals to shelters, volunteers and workers found that many of the animals were either missing, hidden, sold, or dead. This came after the zoo violated animal neglect laws and was ordered to relocate the animals.

Sign now to demand that the USDA help end animal abuse at roadside zoos by strengthening their requirements to get an exhibitors license!

Among the animals that were supposed to be relocated and saved were bears, mountain lions, guinea pigs and hedgehogs, lizards, tortoises and turtles, birds and kinkajous. This could have been an important victory for animal rights, as the zoo had been neglectful and kept the animals in horrific conditions. Instead, two of the bears were sold to a wildlife exhibitor who is barred by the state from owning wild animals. They were taken out of hibernation and fed during their typical hibernating period, and died as a result.

The judge ordered the zoo to pay a fine or go to jail, setting a good precedent. But the harm to animals has already been done.

Caring for and exhibiting wild animals is a highly profitable industry, and also very risky for the health and safety of the animals. This industry should be regulated better to prevent abuses like this in the future. We must make sure that what happened at Cricket Hollow Zoo does not happen again!

Sign now to tell the USDA that you stand against animal abuse, and you believe that stronger exhibitors license requirements will help protect animals from harmful roadside zoos in the future.

Care2
This roadside zoo illegally sold animals that were supposed to be rescued, and some of them ended up dying
SHARETWEET