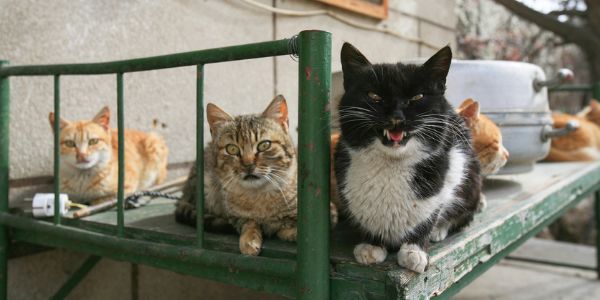 Stray cats and dogs that used to be fed by tourists have languished during COVID-19. Demand they are cared for!

In many popular tourist destinations, there are substantial stray cat and dog populations. In a normal year, tourists will feed the animals, report when they are hurt or in trouble, and even volunteer with groups on the ground to help with feeding or spay and neuter operations. But during the COVID-19 pandemic, those populations of stray animals have suffered gravely as a result of loss of tourism.

Will you sign the petition asking that Istanbul, Montenegro & Athens figure in a budget to manage their stray animal populations ethically?

Even in normal years, some areas will have a broad range of tourist numbers based on seasons. But just because tourists don't want to visit doesn't mean stray animal populations shrink. This can lead to a lot of suffering animals. This great article in National Geographic spoke with people and organizations on the ground in these places who say that while they desperately want to, they don't have the means to help all the animals.

A charity called Kotor Kitties in Montenegro said that within days of government shutdowns for COVID-19, "People were writing to us saying that the cats in their neighborhoods were just howling with hunger." The inhumanity of allowing animals that are used to human assistance to starve is almost unspeakable. Groups on the ground do as much as they can, but really each city and country needs to factor their stray populations into their budgets instead of relying on charity and tourism.

A group in Athens said that they feed about 1000 cats regularly, but that's a tiny portion of the city's strays. Not to mention, with the decrease in traffic in these areas and fewer people there to scare them off, cats and dogs are apparently mating at increased rates as well! Istanbul is famous for their stray cats. That population is estimated to be somewhere between 400,000-600,000 cats.

COVID-19 has been horrendous for everyone, but we can't forget about the innocent animals that rely on humans! It's our fault they cannot survive without us and therefore our job to step in. Please sign the petition to urge each of these locations to allocate some funds to feeding, spaying and neutering the strays on their streets!

And visit the National Geographic article for information on charities on the ground where you can donate money!
Sign Petition
SHAREShare this petition with friends!TWEETEMAILEMBED
Sign Petition
See more petitions:
You have JavaScript disabled. Without it, our site might not function properly.

Care2
Stray cats and dogs that used to be fed by tourists have languished during COVID-19. Demand they are cared for!
SHARETWEET