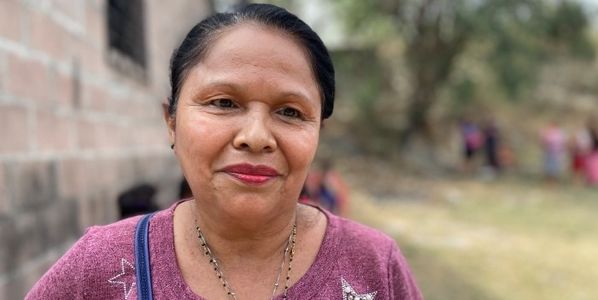 The Government of El Salvador and real estate developers are denying people the right to the land beneath their feet – and blocking their efforts to break free of decades of oppression and poverty.

Historically, ownership of land in El Salvador has been highly concentrated in a small group of wealthy families that control political power in the country. The civil war, which lasted from 1979 and 1992 and was fueled by billions of dollars in military aid from the U.S., forced many families to migrate to the edges of urban areas where they bought small plots of land. But many have never received land titles or promised community services, like water and roads.

Today, Faith in Action International and our partners in El Salvador are supporting grassroots leaders organizing to gain their land rights by passing national legislation that will resolve the property titles of 350,000 families across the country. Their efforts to end their legal limbo and develop their communities are being opposed by the largest land developers in El Salvador.

This important work -- and everything we do -- is made possible only with the commitment and support of people just like you.

Not just in El Salvador, but everywhere. Every day it becomes clearer that the problems we face are global in scope. We cannot solve one problem if we are isolated from the people across the world who are experiencing the same oppressive systems. That's why Faith in Action International is on a mission to build solidarity across the global that make it possible for people most impacted by injustice to develop plans for their own liberation.

We are stronger together.

Will you stand with the people of El Salvador, to stop the land grab and protect the rights to their land and their liberation? Please, take action today.