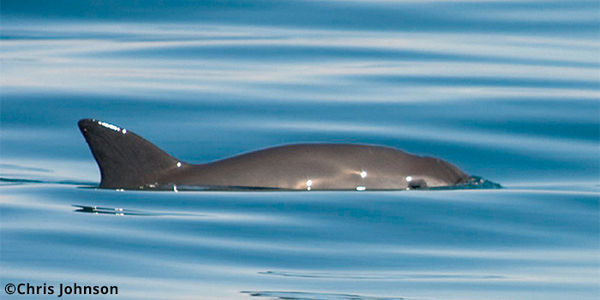 Vaquita Are On The Edge of Extinction. Enforce A Permanent Ban On Deadly Fishing Nets!

Right now, the little vaquita – the world's most rare marine mammal – is on the brink of extinction.

Mexico's Gulf of California, a UNESCO World Heritage site, is the only place in the world where this small and rare porpoise lives. However, despite the protected status of these waters, vaquita are often caught and drowned in gillnets used by illegal fishing operations.

Deadly gillnets are the single biggest contributing factor to the vaquita's decline. A recent survey estimates that vaquita numbers are as low as just 30 individuals. That's half of what the vaquita population was just last year.

But vaquita may now have a fighting chance. Thanks in part to 200,000 WWF activists from around the world, President Peña Nieto of Mexico just committed to enforcing a permanent ban on gillnets in the Upper Gulf of California. Joining the President of Mexico and signing on to this agreement were the Leonardo DiCaprio Foundation and the Carlos Slim Foundation.

As a UNESCO World Heritage site, the Gulf of California and the threatened vaquita are our shared heritage. Now, it’s up to all of us to keep up the pressure to ensure President Nieto gets the job done.

Let's keep up the fight for the vaquita! Tell President Nieto to enforce a permanent ban on gillnets and develop a comprehensive vaquita recovery plan to save these animals from extinction.
read petition letter ▾
Dear President Peña Nieto,

Thank you for your commitment to permanently ban gillnets in the Upper Gulf. I encourage you to take immediate action to secure long-term protection of the Gulf of California World Heritage site, home of the last vaquita, as a positive legacy of your leadership. The Gulf of California is our shared heritage. Please save:

Rare Wildlife. The upper Gulf of California is the only place where vaquita live. To prevent the vaquita's extinction and protect this extraordinary ecosystem, the following urgent actions are needed:

- Immediate authorization of the use and promotion of existing alternative fishing gear (not allowed under current law/regulations), while new sustainable fishing techniques are being developed
- Clearly articulated prohibition on the transport and/or possession of gillnets in and around the Upper Gulf of California
- Urgent, coordinated efforts by the Mexican, US, and Chinese governments to end the illegal trafficking of totoaba swim bladders that is driving rampant use of gillnets in the Upper Gulf of California

Local Livelihoods. Support for local fishing communities is key to saving the vaquita. Due to lack of enforcement, illegal and unsustainable fishing is decimating the Gulf's once-thriving waters and putting people's livelihoods at risk. It is critical to work with local communities for sustainable fisheries management, including the adoption of gillnet alternatives.

The Environment. The Gulf of California is home to a spectacular array of wildlife, including the vaquita—the world's most endangered marine mammal. Unless the threats leading to the critical decline in the vaquita population are removed, the Gulf of California could be placed on UNESCO's List of World Heritage in Danger. And the world will forever lose this species.

As a champion of the Gulf of California and vaquita, I urge you to take further action now.

Care2
Vaquita Are On The Edge of Extinction. Enforce A Permanent Ban On Deadly Fishing Nets!
SHARETWEET