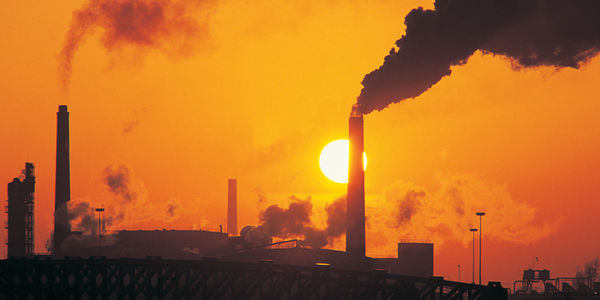 It's official: EPA has new leadership. Scott Pruitt now sits in America's top environmental seat. And the Trump Administration is already pushing to roll back the Clean Power Plan—America's first-ever national limits on the carbon pollution spewing from our fossil fuel-fired power plants. But at his own confirmation hearing, Administrator Pruitt stated that "there is a legal obligation presently for the EPA Administrator to respond to the CO2 issue through proper regulations."

But your members of Congress still answer to you, and it's up to Americans everywhere to ensure that Congress holds him to those words, and actively works to protect the EPA. The truth is there's not only a legal obligation, but a moral one, to ensure we don't leave the burden of climate change to our kids—which is why we can't stop speaking out for their future. This is our chance to protect them from not only climate catastrophe, but also the dangers that go along with this pollution—asthma attacks, hospital visits, and deaths. We also need Administrator Pruitt to defend programs that reduce pollutants like mercury, smog, and the particle pollution that harms scenic vistas in our national parks.

The health and safety of all Americans are resting on your shoulders, and the shoulders of each of your colleagues in Congress. I implore you to listen to the American people, and ensure that our bedrock clean air, clean water, and climate pollution protections not only remain in place, but grow as strong as possible. It is not only EPA's legal obligation, but a moral obligation for all of us as well.

According to a post-election poll from the Republican polling firm Public Opinion Strategies, nearly 3 out of 5 American voters--and 3 out of 4 Trump voters--strongly support taking action to accelerate the development and use of clean energy here in the United States. More than twice as many Americans now work in energy efficiency, solar and wind than are employed through fossil fuel generation. And with the Clean Power Plan, $1 invested in clean energy creates three times as many jobs as $1 invested in fossil fuels by 2030. That's just part of why 100 of the nation's most respected and well-known businesses have issued public statements calling for "swift implementation" of the Clean Power Plan and 760 companies have called for continuation of U.S. policies to reduce climate pollution. It is crucial that we accelerate the growth of clean energy to allow American innovation and entrepreneurs to drive this economic growth and job creation, all while creating cleaner, healthier air and less pollution in communities across the country.

The Clean Power Plan would also provide Americans up to $54 billion in public health and climate benefits, prevent 90,000 childhood asthma attacks, and prevent up to 3,600 premature deaths by 2030, all due to cleaner air. Please oppose any attacks on the EPA's ability to carry this out, from direct attacks on their authority to efforts to cut the EPA's budget and staff. It is crucial for our communities that these protections against dangerous pollution remain strong. American families are counting on it.