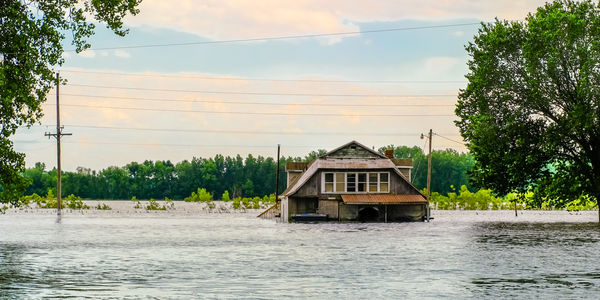 Our Earth Will Not Survive Another Four Years of Trump; He’s Promised Another 100 EPA Regulation Rollbacks

We are officially in a climate emergency. Every single day of inaction by our leaders sends us hurtling faster towards a totally uninhabitable planet. Worsening fires, heat waves, flooding, famine, droughts, mass human displacement will create millions of displaced migrant refugees. Many right-wing politicians, intent on keeping their heads planted firmly in the sand, have relied on refrains about how 2020 is "just not our year." Unfortunately, 2020 is just the first sample and it's only going to get worse. Pretty soon, they'll be saying that every year is "just not our year." And still, they'll make the unbelievable claim that mass polluters like the United States are doing absolutely nothing.

In fact, Trump has actively made things worse by pulling out of the Paris Climate Accord as well as repeatedly rolling back environmental protections in order to appease his wealthy, consciousness buddies in dying industries. Trump has rolled back more than 100 environmental protections specifically to help the fossil fuel industry. If he is re-elected in November 2020, he has promised to continue on that path.

If we want a planet that humans can live on in 10, 20, or 30 years, we can't have another 4 years of Trump. If you're a U.S. voter, sign now to commit to voting him out, and if you're not, pledge to raise awareness about his misdeeds!

Some of the environmental regulation rollbacks Trump has instituted have been so horrendous that actual fossil fuel companies have even said they are too much! When the people who would benefit the most from permission to destroy our planet think he's going too far, you know these moves are extremely bad! The United States is one of the top polluters in the entire world, and if we don't stop this trend immediately, the global climate destruction will be our fault.

Analysts have made it clear that Trump's rollbacks will cause extra emissions and literal deaths from poor air quality. If the massive fires all along the West Coast in August and September of 2020 have shown us anything, it should be that clean air and safe habitats are quite literally the main thing we need in order to live.

Please sign to show you want a habitable planet! Getting Trump out of the American presidency is a pivotal step towards that goal, so pledge to do what you can to help!

Care2
Our Earth Will Not Survive Another Four Years of Trump; He’s Promised Another 100 EPA Regulation Rollbacks
SHARETWEET