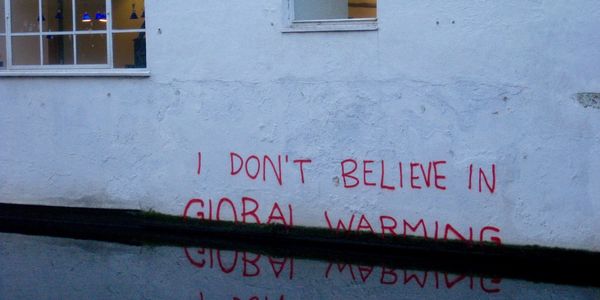 We are approaching a new health crisis, and no one is immune.

Each day, the threat that climate change poses is growing ever more urgent. We already know that global warming is causing polar ice caps to melt, water sources to dry up, and ecosystems to completely disappear. The increase in temperature can and has led to an increase in floods, rising sea levels, changing weather patterns, food shortages, and droughts which put many people at risk of losing their homes and will cause the forced migration of whole communities. However, there is another human impact to climate change and environmental pollution that is starting to gain attention. New research shows that the effects of climate change and environmental toxins also cause mental health illnesses such as depression, anxiety, posttraumatic stress disorder (PTSD), and attention-deficit hyperactivity disorder (ADHD). Studies have shown that the trauma of being displaced or losing a home can lead to PTSD, depression, and substance abuse. Children are developing ADHD and learning disabilities from the toxins we produce and emit into our environment, such as lead, mercury, and other particulate matter, which are inhaled and have direct access to the brain. It is quite evident that the perils presented by climate change are greatly on the rise, and that its direct effects on individuals like you and me are out of our control.  We can support those who are experiencing these psychological injuries by fighting climate change and the current policies of the U.S. administration.

Sign this petition to recognize the urgency of climate change and necessity to take immediate action. If not for the sake of saving our environment, let us take action for the sake of protecting our psychological and neurological health, our most important asset as humans.

Our new President, Donald Trump, does not recognize the threat climate change poses and has stocked his cabinet with climate change deniers. He has called climate change a hoax, threatens to withdraw from the Paris Agreement, and is opening our lands to more drilling of fossil fuels. He also plans on eliminating the Clean Power Plan and greatly reducing the EPA's budget, which is responsible for regulating toxins and controlling the pollutants and emissions that are directly affecting our health and communities.Removing any doubt about his plans, he has just signed an executive order that will retract Obama-era policies to curb dangerous greenhouse gases. Perhaps if President Trump understood the direct, current impact that climate change and environmental pollution have on the people of the United States, he may reconsider his position.

Once an anomaly, it is now a trend that each progressing year is officially the hottest on record with 2016 taking the lead, having an overall increase of 1.69 degrees Fahrenheit. While developing countries have been experiencing its disastrous effect for some time, climate change is now directly impacting the people of The United States. The populous city of Miami has allocated over 400 million dollars to a citywide project to create pumps, raise roads, and build other flood prevention infrastructure, clearly demonstrating that global warming is unfolding in the here and now. Southern California has gone from experiencing severe droughts and wildfires to extreme flooding. Progressively more severe hurricanes are causing destruction to our coastal cities. The increase in greenhouse gases and fossil fuels that will result from Trump&rsquo;s executive order will exacerbate these warming trends and pollution to our water and air. The potential mental health impact is staggering.

Recognizing climate change and the destructive impact it is already having on the our health is crucial. Please sign this petition to provide acknowledgement to those who are suffering psychological trauma that you support them and will support policies to combat the harmful effects of climate change. We must be firm in our stance that we need the White House to take immediate action to combat climate change and classify it as the most pressing issue facing the country and world.