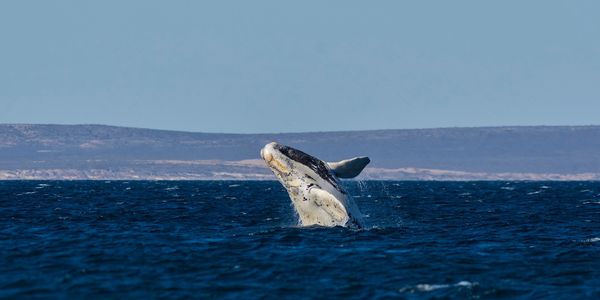 Only 336 North Atlantic Right Whales Remain in the Wild. They Need our Protection!

Some of the world's largest and most majestic creatures are threatened. A devastating new report shows that, yet again, North Atlantic right whale populations are dropping -- this time by another 8% between 2019 and 2020. Luckily, the Scientific Assistance for Very Endangered (SAVE) Right Whales Act can help us protect the few whales that remain.

At their peak, estimates suggest there were over 21,000 North Atlantic right whales in the sea. Yet by the 1920s, the populations had plummeted to under 100 -- in large part because of horrific practices like whale hunting. Banning hunting helped increase their population again to close to 500, but recent drops are extremely alarming. Losing almost 10% of a critically endangered species in a single year is a wake up call: we must act to protect these whales before it is too late.

The two leading causes of death among right whales are human-induced and thus, preventable: collisions with vessels and entanglement in fishing gear. Passing the SAVE Act is our best chance to regulate the industries most responsible for their population declines and give our best effort to protecting some of the largest mammals on earth.

Tell Congress to act before it is too late -- pass the SAVE Right Whales Act and protect these beloved creatures from extinction!

Care2
Only 336 North Atlantic Right Whales Remain in the Wild. They Need our Protection!
SHARETWEET