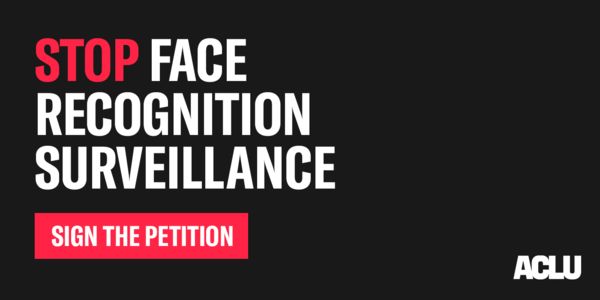 Face recognition is a threat to not only our constitutional rights, but to people of color and other marginalized groups who are more likely to be misidentified — and bear the consequences. Biden must stop the use of this dangerous and racist technology. Sign the petition if you agree.

The use of face recognition technology (FRT) by the federal government in policing and the enabling of its use in other areas of public life, as in schools and public housing, is posing a profound and unprecedented threat to our core civil rights – and is particularly dangerous for communities of color and other marginalized groups. It's time to put a stop to it. If President Biden wants to uphold his commitment to racial equity and civil liberties for all, then he must take immediate action.

FRT disproportionately misidentifies and misclassifies people of color, trans people, and women. The studies show this, and real life proves it. In fact, MIT research found commercial face recognition systems failed up to 1 in 3 times when classifying the faces of Black women. Meanwhile, Robert Williams, Michael Oliver, and Nijeer Parks are all Black men wrongly arrested and detained after police falsely identified them using a face recognition system.

Even if FRT was perfectly accurate, it would still give governments, companies, and individuals the power to spy on us wherever we go – tracking our faces at protests, political rallies, places of worship, and more. We cannot allow its normalization.