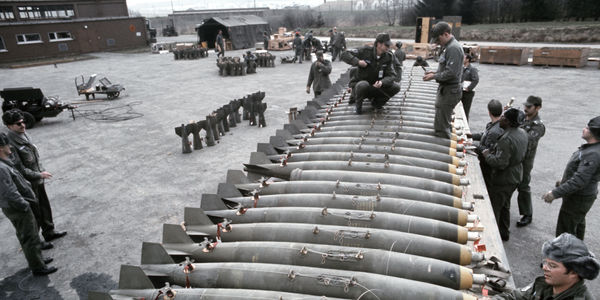 Since the beginning of the Yemen civil war in March 2015, Saudi Arabia has been one of the first supporters of Hadi’s Government. During the years, the Saudi Arabian-led bombing of Yemen has had a devastating impact, killing thousands of civilians and destroying essential infrastructures. There's evidence that the different attacks in Yemen, have violated the fundamental rules of international humanitarian law.

Unconcerned about this issue, many EU Countries are still supplying Saudi Arabia with weapons, military aircraft, firearms and even cluster-bombs.

In Italy, a law restricts any arms trade with countries involved in a conflict. As a consequence, on July 17th of this year, the Italian Parliament debated on the Yemen crisis and agreed with the Government that a common solution, concertized under the aegis of the European Union, has to be found in order to ban weapons trade to Saudi Arabia.

Indeed, the European Parliament on February 25th 2016 had already approved this with a large majority, a resolution to ask the High Representative of the Union for Foreign Affairs and Security Policy and Vice President of the Commission, Federica Mogherini, to launch an initiative aimed at imposing an EU arms embargo against Saudi Arabia.

Since then, nothing changed!

People still die in Yemen, while the surviving population is facing up to a huge humanitarian and health crisis. NGOs and UN agencies cannot give any support to the population as their personnel is constantly under attack by the Hadi coalition.

It is time to STOP all of this!!

Ask the High Representative, Federica Mogherini, and all the Foreign Secretaries/Ministers of the EU Member States to stop selling any kind of weapon to Saudi Arabia NOW!

How can we define our home States as great peaceful democracies if they produce and sell arms for wars?!