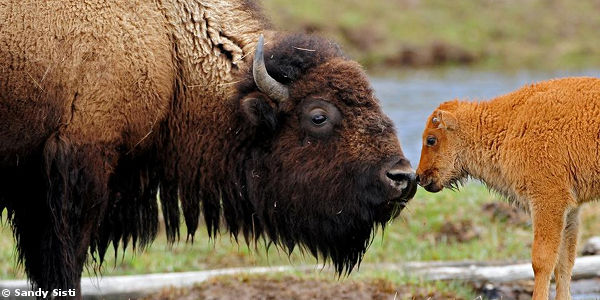 Stop the Needless Slaughter of Hundreds of Bison!

Yellowstone is home to one of the last genetically pure herds of bison left in North America. Up to 1,600 of this 4,600-strong herd could be killed under this appalling scheme, once again preventing the herd's expansion and setting back bison restoration to other areas of their historic range.

Bison are icons of the American West. Slaughtered by the millions a century ago, they were driven to the brink of extinction. Today we have an opportunity to reverse this national wildlife tragedy.

I am saddened to learn that Yellowstone National Park plans to once again transfer to slaughter many of Yellowstone's wild, free-roaming bison as they roam out of the Park and into Montana. This is an unnecessary tragedy directly resulting from the Montana Board of Livestock's rejection of a widely-supported proposal to expand the wild bison "tolerance zone" north and west of the Park.

I want to thank you for your vetoes of anti-bison legislation in 2013. I hope you will continue to champion bison conservation and restoration by shutting down the transport of bison to slaughter as your predecessor, Governor Brian Schweitzer, did in 2011 and 2012.

I ask you to also use your influence to ensure that the Montana Board of Livestock reverses its recent vote against the common-sense solution of expanding the bison "tolerance zone" north and west of Yellowstone National Park.

It's time for a new vision that is not rooted in prejudice and fear. Nobody wants to see wanton, unnecessary slaughter of Yellowstone's wild bison. This is why Yellowstone National Park, the InterTribal Buffalo Council, individual Tribes, many conservation groups and almost all of the 120,000 people that commented on the bison "tolerance zone" expansion proposal want to see this expansion implemented.

The best science supports the expansion, and the moral choice is to prevent this needless slaughter and let real solutions happen. The future for this herd and the future for bison restoration to additional locations depend on it.

You are the one person standing between the deaths of these animals and a future where Yellowstone bison are part of Montana's wildlife heritage. Please take action to immediately intervene in this matter and use the weight of your office to get the Board of Livestock to join the side of common sense and expand year-round tolerance zones for Yellowstone's bison.

Care2
Stop the Needless Slaughter of Hundreds of Bison!
SHARETWEET