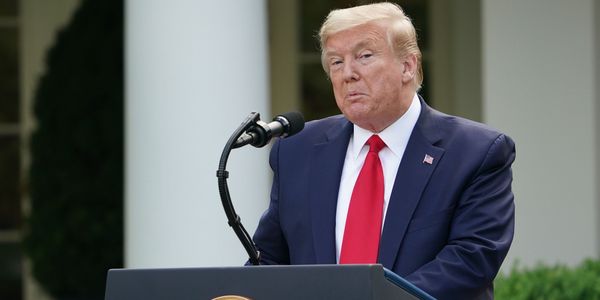 Tell Trump to stop calling more than 150,000 dead Americans a win and start doing his job to save lives!

The President of the United States is bragging that more than 150,000 Americans have died on his watch and thinks he should be reelected as a result.

You can't make this stuff up.

Trump and his enablers argue that the massive death toll, in just a few weeks surpassing US deaths in the Vietnam War, was unavoidable. But that is patently false.

The United States comprises just 4% of the world's population and more than 26% of COVID-19 deaths even though the disease came to the United States relatively late compared to much of East Asia and Europe.

Compare that to South Korea, which had its first case the same day as the US but instead of downplaying the threat and undermining preparedness, took the science seriously. The nation, one-sixth the size of the US, has had just 243 deaths — a rate 40 times better than the US.

In other words, Trump hasn't done anything worth bragging about. In fact he's caused the deaths of tens of thousands of Americans and counting.

But now is not time to point fingers, now is time to save lives, and we need the president to do just that.

Add your name to tell Trump to stop calling tens of thousands of dead Americans "a win" and start doing his job to save lives!

Care2
Tell Trump to stop calling more than 150,000 dead Americans a win and start doing his job to save lives!
SHARETWEET