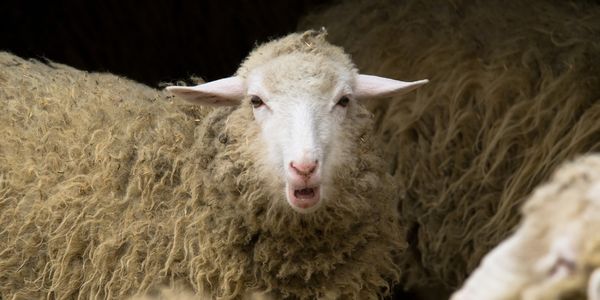 Over 50,000 Sheep Are Going To Suffer From Heatstroke Because the Australian Government Can’t Stick To Its Promises!

In a sadly predictable move, another federal government has put profits over animal welfare. Australian activists celebrated when a hold was placed on live animal exports from Australia during the hot summer months in the Middle East, which is the destination for the majority of these trips. But just weeks after the ban went into effect, Australia's Department of Agriculture granted an exemption for an export of 56,000 sheep to be shipped in what activists are calling "boiling conditions."

Sign the petition if you want Australia's Department of Agriculture to stick to their promise and protect animals from needless pain and suffering! Uphold the live animal export summer ban!

Live animal exportation involves cramming tens of thousands of animals into cramped and unsanitary ships. They suffer for days in these conditions, often without access to food or water, until they finally reach their destination -- just to be slaughtered en masse. Illness and suffering abound on these journeys, but during the hot summer months the conditions are even more dangerous for these poor animals. High temperatures outside mixed with poor ventilation, a lack of planning, and overcrowding create a deadly environment. In 2018, the world was shocked by video footage of sheep dying on the decks of one of these ships while crewmembers threw corpses overboard. In total, 2,400 sheep died from heatstroke on that transport.

But it seems like Australia's Department of Agriculture has learned nothing. More likely is that they simply don't care. By passing a ban to protect animals from the summer heat, and then immediately granting an exemption to that ban, they are trying to have it both ways -- paying lip service to animal welfare advocates, while blatantly protecting the interests and pockets of the live animal export industry. But we see right through their empty promises, and need to be loud so that they know they can't get away with this!

The very first line on the Department of Agriculture's live animal export trade site boasts that the industry is worth $800 million annually. That is plenty of evidence as to where their priorities lie. Tell them it's time to prioritize animal welfare! Sign the petition and demand that the Department of Agriculture in Australia uphold the ban on live animal exports during the Northern Hemisphere's summer months!

Care2
Over 50,000 Sheep Are Going To Suffer From Heatstroke Because the Australian Government Can’t Stick To Its Promises!
SHARETWEET