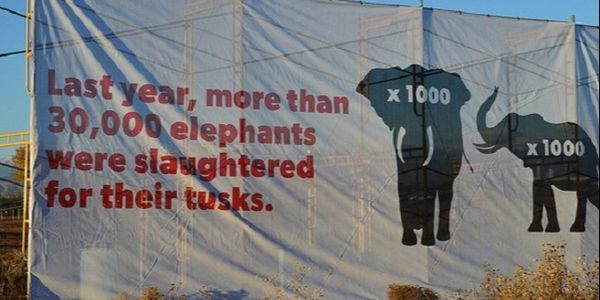 Facebook has been selling ads on pages that are operated by illegal wildlife traffickers, according to a complaint filed with the U.S. Securities and Exchange Commission (SEC). An undercover whistleblower says Facebook has been making money from the criminal sellers of elephant ivory, rhino horns, tiger teeth and more.

By knowingly doing this, Facebook is violating its responsibilities as a publicly traded company by profiting from the illegal trafficking of endangered species.

In a statement, Facebook said it doesn't allow the sale of wildlife, endangered species or their parts, and it removes groups that have been identified as engaging in illegal conduct.

But Gretchen Peters, executive director of the Center on Illicit Networks and Transnational Organized Crime, told the Associated Press the amount of ivory being sold on Facebook is "horrifying."

"I have looked at thousands of posts containing ivory, and I am convinced that Facebook is literally facilitating the extinction of the elephant species," she said.

Instead of helping to destroy endangered species, if Facebook were to turn over its information about wildlife traffickers to authorities it could result in the largest wildlife law enforcement operation ever.

Please sign and share this petition telling Facebook to stop advertising on the pages of illegal wildlife traffickers, remove them and report these criminals to authorities.