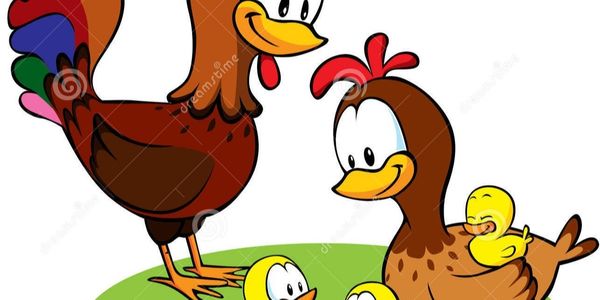 Shut down chicken factory Torsåsen (in Sweden) It´s not a farming practice at all they just use chicken for profit, poultry will be broiled in their "factories" just fed and have some dripping water then to be killed and murdered in millions it´s the one and only real deathcamps for the chicken! And They are baby-chickens only!

Make them Torsåsen shut down and downsize into smaller entities locally all around with hen, rooster, chicken and eggs and forestfarming so they can live and pick outside as it should be and live their lives in sanctuaries there are many ecological ways to go back to the older-new ways and never this abuse again then they animals will hatch good eggs much better this way and forest will keep chicken safe and they can get shelter and water and food many animals can be herded this way in locally smaller downsized farms, real farms. There are already farms forest farms with hen and eggs in Sweden and it works terrific and also forest farms for  animals in Portugal exist!

Via by the media Television they broadcast on 25 th March 2019 in Sweden in all news that Torsåsen abuse and mistreat all chicken, in millions the chicken are the ones thats is victims/victimized/abused/tortured and killed and they send that report over TV news yesterday and there was finally an investigation and they know and knew this all along

The report has been all over and it´s about time to say it´s outdated to pretend that they "produce" and "factoring" chicken by now
All chicken are abused and just broiled there and out of this they claim make poultry for the masses its a massproduction and the chicken are innocent victims it´s not farming its not a practice its not care for chicken and animals its just abuse and profit they sit high on their own jobs and live out of and profit for own gain and never even cared once not one moment for no chicken at all they have broken wings because they abusively shove them in to truckers and they are just broiled and misused til they are "fat" enough so people think they will eat fresh poultry the truth and fact is that IT IS NOT fresh poultry it´s abused murdered babybirds that they dont care for!!!

Reports and media and investigations show this "traditional" "well known" "factory" for the very poor, poor abused chicken now and the so called "factory" is under screening and people will not buy that "brand" of Torsåsen- and neither and not Svensk Fågel-brand either, they have crazy ads on their chicken but never show "off" their "farming "practice and the chicken in false marketing ads, noone have never seen them poor baby chickens, not once! A hoax, A Crime! Remember don´t eat chicken anymore they must Shut these brands down now for good because of a new animal law 1st April 2019

They must now downsize and only have to forest and farming ecological smaller farms local hear-and-near and keep hen, rooster and chickens in downsized ecological farms and forest farms and also for eggs and only that will be valid so all customers out there ask for what "product" you buy if you don´t get answers find out and don´t buy that "product" of meat until you know for sure is the brand ecological for real is it Fairtrade have the "product" the living innocent animal had a normal, healthy life mean while there are good choices to buy protein too like beans and other protein sources in health shops they know more of this of Google healthy eating and nutrition sources on internet or get facts and get the right correct nutrition they have just kept fooling the market by false marketing and PR and lies since the investigations and etc all the times have shown for years and years all animals is brutally forced-fed (broiled) and abused and mistreated also due to a new welfare animal law from 1 st April 2019 in Sweden (the older one is from 1988) and many, many EU membership countries DO NOT actually follow directives concerning welfare for animals that EU has set out at all they really have mistreated animals for many decades in all EU member ship countries You can look up which are EU countries and a list and year they started their membership but EU and EU council have repeatedly called for very many directives about many years but none of them follow it so EU in for example Brussels and Strasbourg have made good initial work but its also up to the national state to govern and they have failed in each country almost i Europe until now when people know that they have been fooled and have benn buying "products" from abused animals, tortured animals for years. Boycott their so called "products" and DON`T BUY meat/poultry/eggs until you know as a consumer where it comes from and what has happened along the way with animals

Sanctuaries is demanded for all chicken and animals until they are in old-new ways genuine farms with people who cares for the animals, can handle animals ethically and never abuse animals for the planet, for the healing, for the harmony for animals until ecological real farms the old-new way starts up now immidiately!

Sign here via Djurens Rätt Sweden click on link;-> https://www.djurensratt.se/blixtaktion/skriv_under/8522 (Skriv Under) name and e-mail and a text box where you can write fill in to why stop murder and stop this mistreatment for Djurens Rätt Sweden concerning to abolish murder, misstreatment of baby chickens for good,  if you need texttranslate it´s possible over on Google

Update! A UK sign comment in citation "Please read - ARE YOU A BABY EATER? IT IS HARD-WIRED INTO MOST OF US TO PROTECT INFANTS - be they human or other mammals. YET THE SAD TRUTH IS THAT THOSE OF US WHO CHOOSE TO EAT MEAT, EGGS or DAIRY ARE EACH COMPLICIT IN THE DEATHS OF THOUSANDS OF BABY ANIMALS IN A LIFETIME!! Please see- https://www.viva.org.uk/blog/are-you-baby-eater ***** To bring a life into existence for the sole purpose of killing them sounds like an act of PSYCHOPATHY. We call it FARMING!! We have been BRAINWASHED! There is no such thing as `Food Animal`. There is no such thing as `Humane Meat` ALL OF THEM WANTED TO LIVE."