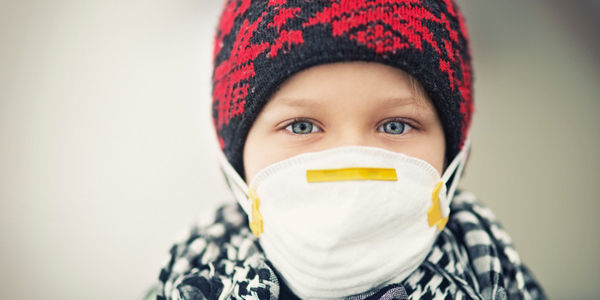 President Trump is moving to sabotage common-sense standards that greatly limit the amount of mercury and other toxic pollutants that oil-and-coal-fired power plants can release into our air. It's well known that mercury and lead are extremely hazardous to children — damaging their brains and reducing their ability to think and learn.

So why is Trump attacking these rules? To boost the use of dirty coal and fossil fuel industry profits.

Stand with NRDC and submit an official public comment opposing the Trump EPA's new reckless attack on our environment and our children's health.

I find it extremely upsetting that President Trump is moving to sabotage our national Mercury Air Toxics Standards, which greatly limit the amount of mercury and other air toxins that oil-and-coal-fired power plants can emit into our air. Mercury and lead are extremely hazardous to children, damaging their brains and reducing their ability to think and learn. They are dangerous for everyone, but particularly for some of the most vulnerable Americans, such as pregnant women.

These standards were broadly supported when they were first introduced, and they offer a wide range of health, economic, and environmental benefits. They prevent up to 11,000 premature deaths, 4,700 heart attacks, 5,700 hospital visits, 130,000 asthma attacks, and 540,000 sick days every single year, and are estimated to deliver annual health benefits up to $90 billion.

Your own agency found that the standards' benefits for Americans greatly outweigh compliance costs for industry, and that for every dollar spent to reduce toxic pollution from power plants, the American public sees $9 in health benefits.

Even utilities, which bear the cost of these regulations, support keeping them in place, even going as far to express their support in a joint letter to the EPA just several months ago.

This proposal is just another pro-polluter scheme aimed at propping up Big Coal at the expense of the American public. I urge you to abandon these attacks and instead stand up for public health.