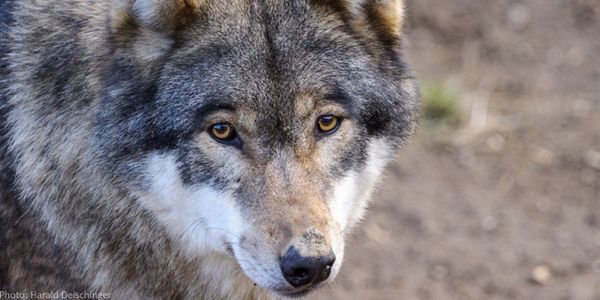 The so-called "Bipartisan Sportsmen's Act of 2016" is moving through the Senate, but there's nothing sporting about this ironically named bill which now includes a deadly amendment that would strip gray wolves of Endangered Species Act protection in four states. The "Sportsmen's Act" already included a prohibition on the regulation of toxic lead in fishing tackle and allowed the import of dead polar bears into the country as grisly trophies for hunters.

Stripping wolves of federal protection in Wyoming and the western Great Lakes states will lead to the vicious slaughter of thousands of wolves, just like we've seen in places like Montana and Idaho.

We cannot allow this bill to become law.

The "Sportsmen's Act" is another attack in the Republican-led assault on wildlife. Passing it will encourage the slaughter of wolves and polar bears and let our native wildlife suffer excruciating deaths from lead poisoning.

Tell your Senators to stand up for our wildlife by opposing the so-called "Sportsmen's Act of 2016".
read petition letter ▾
Dear Senator,
I'm writing to urge you reject the so-called "Bipartisan Sportsmen's Act of 2016". As you know, the Senate Environment and Public Works Committee recently approved this Bill despite the inclusion of a disastrous and cynical amendment that would, among other things, permanently strip gray wolves of Endangered Species Act protections in Wyoming and the Western Great Lakes region.

This is unacceptable. As we have seen in Montana and Idaho, ending federal protections for wolves will lead to the slaughter of thousands of these highly intelligent social animals that have already been hunted to very brink of extinction once before.

Besides this atrocious wolf amendment the "Sportsmen's Act" also includes language to permanently exempt lead fishing tackle from any regulation under the Toxic Substances Control Act. Lead is an extremely toxic substance that is dangerous to people and wildlife at almost all levels. Animals are poisoned when they eat lost fishing weights, mistaking them for food or grit. Some animals die a painful death from lead poisoning, while others suffer for years from its debilitating effects.

And yet another provision in the bill would allow the import of 40 dead polar bears into the country as grisly trophies for hunters who, despite repeated warnings, killed the bears as the polar bears' ESA status was being finalized as "threatened". Allowing these hunters to import these macabre tokens will accelerate the pace of killing of any species proposed for listing in the future.

Simply put, there is nothing sporting about the Sportsmen's Act. This bill has become just another part of a continued attack on America's wildlife and the bedrock environmental laws that protects our natural heritage. Please, vigorously oppose the "Bipartisan Sportsmen's Act of 2016".
Sincerely,