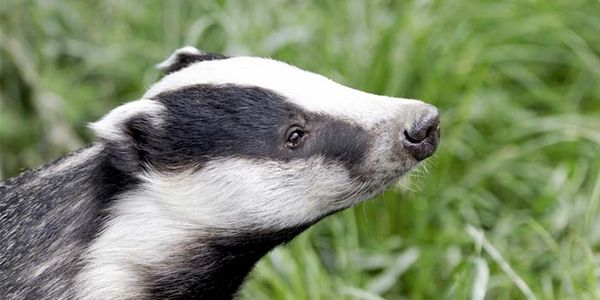 Healthy badgers are being trapped and shot in the UK - for no good scientific reason. Mothers may leave behind cubs, or cubs themselves may even be shot.

Senior scientists who produced decades of government research on controlling badgers to reduce bovine TB and are calling for an immediate halt to the badger cull - and we are joining them.

An independent scientific assessment of previous pilot badger culls Gloucestershire and Somerset concluded that up to 18% of culled badgers took longer than five minutes to die, failing the test for humaneness. The cull pilot was also shown to be ineffective in reducing TB in cattle - i.e. it is cruel and doesn't work.*

Despite all this evidence and expert advice against doing so, the Government has expanded the cull to Dorset and badgers are now being killed every day. In Dorset they are aiming to kill up to 835 badgers. In Gloucestershire, 679 and in Somerset, 524. There are no reliable figures of how many badgers exist in these areas or how many have bovine TB. It has cost the UK taxpayer nearly £7,000 to kill each badger so far.

Please sign our petition now to demand an immediate end to this inhumane, ineffective and unscientific cull.

*DEFRA scrapped the expert panel that did the research, and ignored its findings, continuing to cull last year and this year. No improvements to humaneness were reported last year, leading to the withdrawal of the British Veterinary Association’s support for the method.

A ten year trial of culling warned that culling could make bovine TB worse as killing badgers could cause survivors to roam more widely, spreading the disease into new areas.

Whilst some farmers are humanely trapping, vaccinating and releasing badgers, others insist on killing them.
Sign Petition
SHAREShare this petition with friends!TWEETEMAILEMBED
Sign Petition
See more petitions:
You have JavaScript disabled. Without it, our site might not function properly.