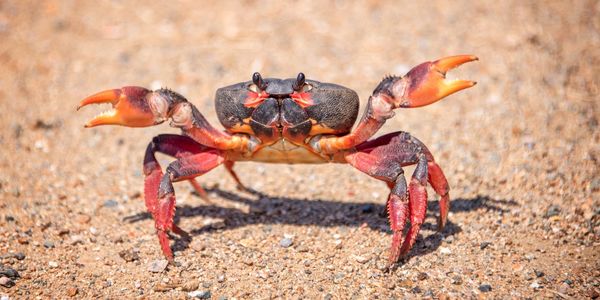 Lobsters & Crabs Are Sentient. Yet Restaurants Keep Boiling Them Alive and Torturing Them to Death.

For decades, animal rights activists have been shedding light on the ways that non-human living things experience emotion, pain, and suffering. Finally, a massive report by the London School of Economics – which compiled over 300 scientific studies – confirmed what animal welfare organizations have been saying for years: that cephalopods and decapods can experience pain, and should be treated as sentient beings.

Sign now to demand that the UK Parliament pass The Animal Welfare Sentience Bill to protect crabs and lobsters from being boiled alive!

The food industry has been trying to convince the public that lobsters "don't really feel pain" for generations. But the science is on our side, and confirms that those are lies. Lobsters trapped in vats of boiling, bubbling water trying desperately to escape can obviously feel pain. Hundreds of scientific studies now confirm it.

These two classifications of animals (cephalopods and decapods) are very common, and include crabs, lobsters, crayfish, octopuses, and other "fish" typically eaten by humans. This means that not only are lobsters and crabs suffering, but lots of other typically consumed "seafoods" are also sentient and deserve happy, healthy lives beyond American dinner plates. This research is an important step towards increasing care and concern for our sea creature friends, who are often less protected and cared about than charismatic megafauna and land animals.

Luckily, legislators in the UK can act. The UK Parliament can pass the Animal Welfare Sentience Bill and effectively end the boiling of lobsters immediately. But if they don't hear our voices, British lawmakers could easily be swayed by the powerful representatives of the restaurant and fishmonger industries. We need to make sure lobsters aren't condemned to lives (and deaths) of misery because they are not "cute" enough to be protected.

Care2
Lobsters & Crabs Are Sentient. Yet Restaurants Keep Boiling Them Alive and Torturing Them to Death.
SHARETWEET