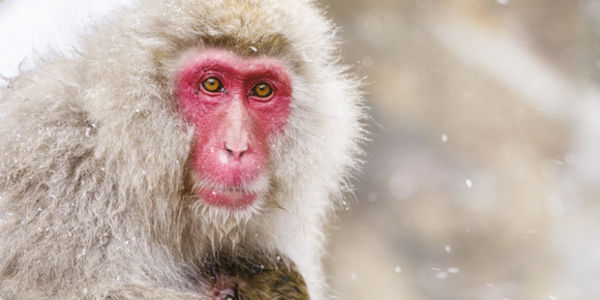 Texas cold has killed monkeys, lemurs, and a chimpanzee while sanctuaries beg public for help to save any surviving animals

The historic and terrifying cold weather in Texas has caused countless casualties this February. And it's not just the humans — animals are suffering and dying, too.

Sign the petition to demand that Texas lawmakers provide immediate aid to animal sanctuaries to save more lives from being lost!

As house after house lost power and water over the past week, the freeze hit other sites, too — including animal sanctuaries, where rescued and vulnerable creatures are at the mercy of arctic temperatures. In fact, upwards of 12 animals at the Primarily Primates sanctuary, including one chimpanzee, several lemurs, macaques, and other monkeys, have already died as a result of power losses.

Another 32 chimpanzees, lemurs, baboons, and monkeys were quickly rescued by staff who rushed to evacuate the terrified and freezing animals. Now, dozens of rescued wildlife are being kept in heated bedrooms in a last-minute bid to keep them alive.

Meanwhile, staff are sleeping in their cars, kept running as long as possible, to stay warm because roads are so badly covered in ice and snow, they might never be able to make it home safely — or back, to take care of the animals.

Now, the sanctuary is begging the public for help, pleading with anyone who has extra generators to donate them to the organization. They're also urging kind-hearted individuals to contribute food and water for humans and animals alike.

Without help, this sanctuary will run out of supplies fast. And then, the rest of these scared and cold animals will die. We must not let that happen. This sanctuary was already the second chance at life for many of these animals. Let's make sure those efforts were not in vain!

Texas lawmakers have an obligation to their people and also to the animals living there. They need to take responsibility for their residents and provide life-saving aid, now!
Sign Petition
SHAREShare this petition with friends!TWEETEMAILEMBED
Sign Petition
See more petitions:
You have JavaScript disabled. Without it, our site might not function properly.

Care2
Texas cold has killed monkeys, lemurs, and a chimpanzee while sanctuaries beg public for help to save any surviving animals
SHARETWEET