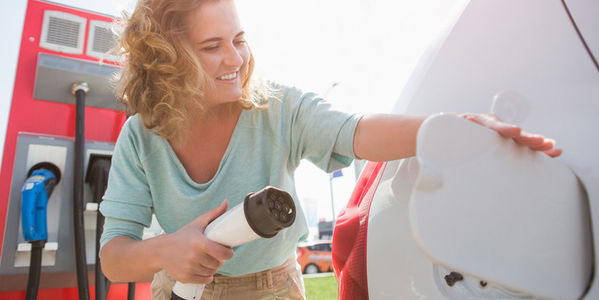 Automobiles account for 25% of all U.S. greenhouse gas emissions. It's time for tougher energy regulations, now.

Automotive vehicles are one of the leading causes of climate change in the U.S., accounting for nearly one-quarter of all greenhouse gas emissions in the country. Cars and trucks primarily rely on burning fossil fuels to power their movements, meaning that one of the most important ways to slow the effects of climate change is to crack down on vehicle emissions and petroleum use.

That's exactly what California, the nation's largest state economy, has wanted to do — until Trump's administration, predictably, blocked their climate regulation efforts. Luckily, under the Biden administration, California will be able to move ahead with imposing planet-saving rules and restrictions. This is huge news for the Earth!

And now that California has been given the "green" light, other states must join the climate-protecting coalition. Urge the rest of the country to implement strong climate requirements for motor vehicles, including cars, trucks, and SUVs!

Under the Biden administration's new, pro-environmental direction, individual states will now have the ability to finally create higher standards for vehicles and stricter limits on greenhouse gas emissions. This is long overdue! Even better, though, would be a system in which states across the country work together to create a standardized series of laws that hold automobile manufacturers accountable nation-wide. Luckily, such coordination is already underway.

So far, 13 other states as well as Washington, D.C. are already collaborating with California to create standards for vehicles' greenhouse gas emissions. Now, we need all other states to get on board.

We are smart enough to figure out how to power vehicles without guzzling tremendous amounts of fossil fuels. The reason our system looks the way it currently does is because giant gas and oil corporations have been in cahoots with car manufacturers, making deals to keep the dirty energy industry afloat. It doesn't have to be this way any longer. A different future is possible — and creating a 50-state pact to toughen and improve standards would be the first step towards that better, cleaner, greener reality.

The other 36 states need to follow suit. Sign the petition to tell their lawmakers and governors to join California's climate standards initiative for vehicles — and save our Earth from destruction.
Sign Petition
SHAREShare With FriendsTWEETEMAILEMBED
Sign Petition
See more petitions:
You have JavaScript disabled. Without it, our site might not function properly.