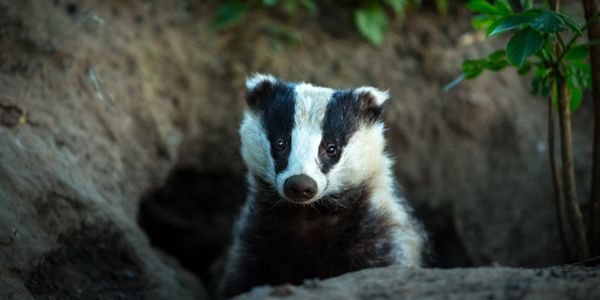 Since 2013, the blood of over 100,000 badgers has been spilled on UK soil. Their slaughter, referred to as the badger cull, has been justified by the UK's government because the sweet-faced, black and white striped creatures happen to be carriers of bovine TB, which kills thousands of cattle in England every year. But this justification has been completely debunked by an extensive study that took place before the cull even began. The Randomised Badger Culling Trial definitely proved that "… badger culling can make no meaningful contribution to cattle TB control in Britain."

But now, the government is doubling down on its murder crusade: they just announced that 11 more areas of the UK will be included in the badger cull, adding another 60,000 badger lives to the kill list.

Sign the petition and demand that the members of parliament make this bloody tradition a thing of the past -- ban the badger cull!

The thought process behind the cull is that if there are less badgers, less cows will get sick -- bovine TB infects about 30,000 cattle per year in the UK, which then have to be slaughtered before they spread the infection. But the numbers simply don't support this hypothesis.

If you compare the number of cattle who were infected the year the cull began to the number from 5 years later, bovine-TB rates are rising.

Meanwhile, badger vaccinations have proven to decrease bovine-TB in the populations being treated. Vaccinating badgers is not only more humane than needlessly slaughtering them -- it has proven to be far cheaper than shooting them.

Shooting these innocent, often healthy badgers cannot be done humanely. Execution by gunshot is an inexact, painful practice, with many badgers living for minutes or hours after they are hit. This badger cull is essentially license to torture.

The true onus of stopping bovine-TB is on the farmers and ranchers. Overtrading and a lack of biosecurity on farms mean that the bacteria behind the killer infection has an opportunity to spread like wildfire. If these farmers really cared about their own livestock, they would change their practices to protect them.

Just months prior to the announcement that the badger cull was being extended, the UK government had promised to phase out the cull entirely -- that's how strong the science was. This rollback will not save cattle, and it will needlessly claim thousands of badgers' lives.

Sign the petition if you want the UK government to stick to its promises of phasing out the antiquated and cruel badger cull!