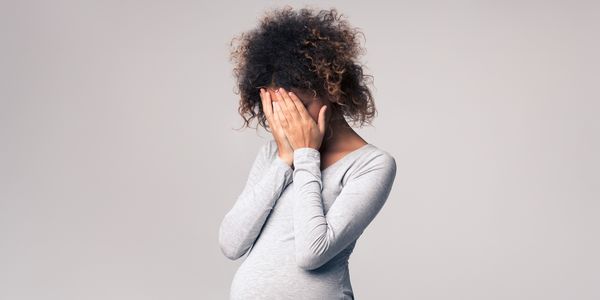 Marshae Was Pregnant When She Was Shot. She Tragically Miscarried, So They Charged HER With Manslaughter.

In the winter of 2018, Marshae Jones was living through a nightmare. She had been shot in the stomach. She was five months pregnant at the time, and miscarried. The woman who shot her was let go without any consequences. And then, Marshae was charged with manslaughter for losing her own pregnancy.

Marshae was the victim of a crime. But the state of Alabama, where this violence took place, was more willing to see her as simply a vessel, a human incubator, whose only role was to keep her unborn baby alive. Even though someone else was responsible for her miscarriage, she was deemed a criminal for it.

Sign the petition and demand that Alabama, and all 38 states that have "feticide" laws, repeal these harmful pieces of legislation which remove pregnant people's personhood!

"Feticide" laws, or laws pertaining to fetal homicide, are attacks on any pregnant person masquerading as protection for the fetuses they carry. Because these laws attach full personhood to a fetus, they make the loss of a pregnancy under any circumstances besides legal abortion a possible homicide. Any person who miscarries can be investigated as a murder suspect if authorities think they did it intentionally. The loss of a pregnancy is excruciating for people who want children, both emotionally and physically. Accusing a person of wanting to go through that is one of the coldest, most callous things a state legal system can do.

Because of these laws, people have been charged with manslaughter after losing their pregnancy in car accidents and after suicide attempts -- or even after miscarrying when no causative event has taken place (miscarriages are incredibly common). Investigations like these retraumatize victims. What justice can authorities possibly hope to obtain? The real justice would be to support a person who has gone through so much turmoil. But that's not the priority of the current system. It will also come as no surprise that these laws disproportionately affect Black pregnant folks.

Authorities want someone to blame, to throw behind bars, and are not interested in any nuance or complexity. When it was suggested that Marshae started the fight which ended in her being shot and losing her pregnancy, authorities drew the completely unfair conclusion that Marshae was responsible for murder and deserved up to 20 years in prison. This was the ultimate form of victim blaming.

They all need to be repealed immediately. Pregnant people who miscarry are not criminals. If they miscarry because of violence perpetrated against them, they are not criminals -- they are victims. The law should reflect that. Sign the petition and demand that the above 38 states fix their laws so that pregnancy miscarriage is not a crime!

Care2
Marshae Was Pregnant When She Was Shot. She Tragically Miscarried, So They Charged HER With Manslaughter.
SHARETWEET