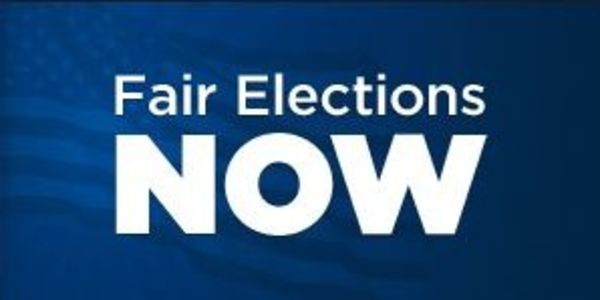 We DEMAND Fair Local Elections, With Equal Representation For All Of Upland's Population!

If you ARE NOT A RESIDENT OF DISTRICT 2, YOU SHOULD BE SIGNING THIS PETITION IMMEDIATELY! Because you are among the 55,041 Upland Residents, who have Unequal Representation in Upland! The New Redistricting Map can be found at UplandElections2018.wordpress.com

Upland's Redistricting Map is grossly over representing one district, being District 2, which has 3 Representatives and gives 60% control of City Council to them. Yet another district, District 1, has NO REPRESENTATIVE AND WILL HAVE NO REPRESENTATIVE UNTIL 2020 FOR 25% of the population and the 18,050 Residents living there! And Districts 3 & 4, will only control 20% of City Council each, for their 25% of Upland's Population!

This would make local election districts, where Sid Robinson, Gino Filippi and Carol Timm, have to reside in their local district to run for office and then they are only voted into office, by the other 18,000 Upland Residents also living in their districts. Yet there will still be, after the 2018 election, 3 Elected Officials from District 2, being Sid Robinson or his opponet, Janice Elliott & Mayor Debbie Stone & Zero (0) Representative from District 1. EXACTLY LIKE THERE IS TODAY! And just one District in Upland, will always have, Double the Representation, as the other 3 Districts, because of our at-large Mayor!

THEREFORE, WE DEMAND FAIR & LEGAL LOCAL ELECTIONS IN UPLAND FOR AND WE DEMAND THEM NOW!

1. We demand the end of all at-large (citywide) voting in Upland, which includes our MAYOR!

3. We demand that the Mayor, be a City Council Member, elected locally by the other 18,000 people living in that district!

5. We demand a New Redistricting Map be drawn NOW, with 5 Districts and be reflective of our actual population and we end all illegal, at-large (citywide) voting districts ALTOGETHER!

6. We demand the Upland City Council, temporary Appoint a Representative from District 1, where 18,000 Upland Residents reside, who have NO ONE from their district AT ALL, REPRESENTING THEM ON CITY COUNCIL! AND NO, WE DO NOT BELIEVE OUR AT-LARGE MAYOR, IS REPRESENTING ANYONE, RESIDING IN DISTRICT 1, AT ALL!

7. We demand the immediate consolidation of District 2, because there are currently 3 Elected Representatives who all reside in District 2, on City Council, being Mayor Debbie Stone, Sid Robinson and Janice Elliott and we demand they be consolidated down to ONE!

9. We demand our current Elected Officials, DO WHAT IS BEST FOR ALL 76,000 PEOPLE RESIDING IN UPLAND AND STOP DOING, WHAT IS ONLY BEST FOR JUST THEM!

All election information and demographic breakdowns for all 4 current local districts, can be found at UplandElections2018.wordpress.com

Care2
We DEMAND Fair Local Elections, With Equal Representation For All Of Upland's Population!
SHARETWEET