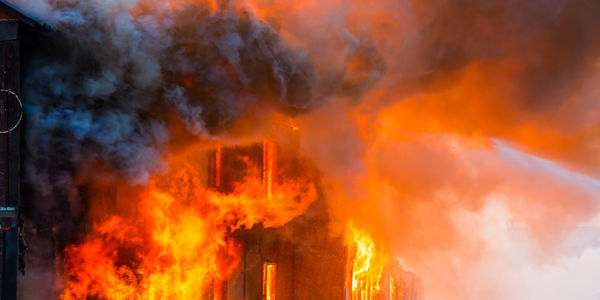 8 Children and 4 Adults Have Died After a Deadly House Fire in Philadelphia. Demand an Investigation.

In the early morning hours of Wednesday, January 5th, a fire tore through the two apartments of a Philadelphia rowhouse, killing at least 8 children and 4 adults. Fires happen, but when appropriate precautions are taken, people dying in them is rare.

This building was owned and run by the Philadelphia Housing Authority (PHA), a federally funded public housing authority. We must demand a thorough investigation into how this fire started, why so many fire alarms failed, and how so much death could have possibly come from this.

The Fairmount neighborhood awoke to screams and the smell of smoke on Wednesday morning. Firefighters arrived around 6:40 am and took about 50 minutes to subdue the flames. Some in the building had been able to self-evacuate. But 13 people were not so lucky. As of the time of this writing, 8 children and 4 adults died in the flames, and several more are critically injured.

Already, there are swirling questions about how this happened – what went wrong? We know at least four of the building's fire alarms did not go off. We also know that 26 people for a 3-story rowhouse is "a tremendous amount," according to First Deputy Fire Commissioner Craig Murphy, although it is unclear whether or not it is indeed over occupancy limits for the city. That being said, PHA has some questions to answer – if that is an appropriate occupancy limit, it was clearly a dangerous one. And if residents were above occupancy, why weren't they given more space that they so desperately needed?

Apparently, residents in Fairmount have been trying to call attention to dangerous PHA standards and practices – maybe if they had been listened to, this tragedy wouldn't have happened. Folks in the neighborhood who were interviewed by a local news station said that they worried about a lack of fire escapes, extremely necessary emergency exits in cities like Philadelphia. But when they brought this to PHA, they were allegedly dismissed. One woman told reporters that "she was told she would most likely have to jump."

In the coming days and weeks, there will be plenty of questions and hopefully just as many answers. But one thing is clear – this amount of death should never have happened. PHA and all responsible parties must answer for this tragedy.

Sign the petition asking for a thorough investigation from the fire marshal's office, in cooperation with any and all relevant authorities, into how this tragedy happened.

Care2
8 Children and 4 Adults Have Died After a Deadly House Fire in Philadelphia. Demand an Investigation.
SHARETWEET