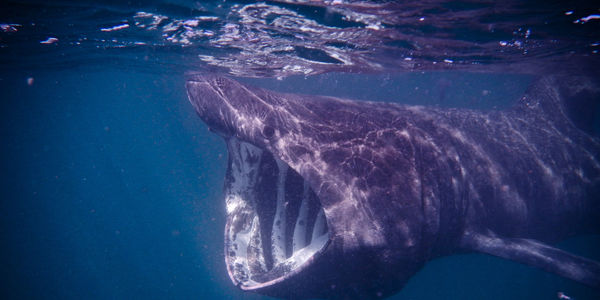 Basking Sharks Are Massive, Toothless, and Extremely Vulnerable. Let's Protect Them Before It's Too Late!

Recently, a TikToker caught video of a 20 foot basking shark off the coast of Cape Cod in the U.S. The video quickly went viral and has over 51 million views as of June 2nd. Basking sharks are incredible in that they don't have any teeth -- they swim around with their mouths wide open and catch food that way. They are calm and totally harmless to humans. But the reverse cannot be said. In fact, thanks to commercial fishing, basking sharks are listed as endangered on the International Union for Conservation of Nature (IUCN) Red List of Threatened Species.

Thanks to this listing, the animal has legal protections in many countries, including in the UK. That's why it's so bizarre that Ireland has zero legal protections for them -- even though Ireland appears to host 20% of the world's basking sharks. Will you sign the petition urging Ireland to pass legislation that would make it illegal to harm or harass basking sharks?

Given their rarity and how unique they are, people naturally want to get a closer look when they spot one in the wild. Not only does this put the sharks in danger of injury or harm, it can disrupt their mating rituals. They have a very slow reproductive cycle so any type of disruption to it makes it that much harder for the species as a whole to recover!

Historically, basking sharks have been commercially fished for three main reasons: their liver oil, their meat, or their fins, which are valuable in the shark fin trade due to their large size. There hasn't been commercial fishering of basking sharks since 2006 when the last devoted fishery closed in Norway. But before that, the United Kingdom, Ireland, Norway, and other nearby countries all sought out and killed the massive sharks.

Thanks to this human intervention, there's estimated to only be 10,000 of them left. That's why they deserve every single legal protection! Sign the petition to demand Ireland passes the bill amending the Wildlife Act that would give basking sharks additional protections!

Care2
Basking Sharks Are Massive, Toothless, and Extremely Vulnerable. Let's Protect Them Before It's Too Late!
SHARETWEET